Who is Charles F. Gruber? 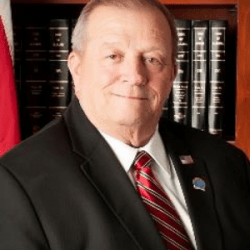 Commissioner Charles F. "Skip" Gruber is a third generation member of the Baldwin County, Alabama community. Born in the unincorporated Battles Wharf community in 1950 (Baldwin County) and currently residing in the Town of Elberta.

Commissioner Gruber was also appointed in December, 2012, to serve a full term, ending on December 31, 2015, as a member of the Association of County Commissions of Alabama Workers' Compensation Self-Insurers' Fund Board of Trustees.

A member and Usher at St. Bartholomew Catholic Church, in Elberta, Commissioner Gruber and his wife, Yvonne, have two children: Ashleigh and Michael, a Son-in-Law, Branton Bailey, a daughter-in-Law, Heather, and five grandchildren: Tucker, Benjamin, Caroline, Cambell and Hudson.

A Republican, Commissioner Gruber is currently serving his fourth term on the Baldwin County Commission.

The below links are relevant to Charles F. Gruber from Elberta, AL and are articles or opinion pieces published on Bama Politics. Are you Charles F. Gruber? Do you have an opinion on Charles F. Gruber? Publish an article in our opinion section and your article will appear here. A great way for our visitors to find your content and learn more about your views. Use this contact form to find out how.