Who is Wardine Tower Alexander? 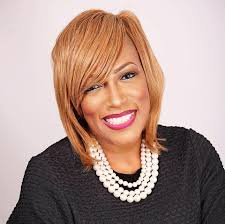 Her son Gregory, granddaughter MaKenzie, membership at Trinity Baptist Church, and passion for serving her community keep her motivated to serve District 7.

She has an extensive history of community service through her affiliation with the National Pan- Hellenic Council and membership in the Omicron Omega Chapter of Alpha Kappa Alpha Sorority, Incorporated, and the Tri-County (AL) Chapter of The Links, Incorporated.

Councilor Alexander is the past president of the Alabama State Association of Blood Banks, previous Vice President on the One Roof Board of Directors, a Trustee of the Birmingham Public Library, and a board member on the Trinity Baptist Church Community Development Center, Incorporated.

Councilor Alexander was appointed to the Birmingham City Council on October 20, 2018, to represent District 7. She works to improve public safety, and economic opportunity, and enhance the quality of life for all residents within District 7 by way of workforce development and community revitalization programs. Councilor Alexander believes improving collaboration among the residents, major community stakeholders, the Council, and the Mayor will foster effective change within District 7 and the City of Birmingham.

Councilor Alexander is the Chair of the Utilities/ Technology Committee, a member of the Administration Committee, and the Budget and Finance Committee.

Wardine Tower Alexander from Birmingham, AL has participated in elections listed below in the state of Alabama.