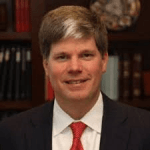 HJR370 192954-2 By Representatives Faulkner and Carns RFD: Rules First Read: 08-MAR-18 192954-2:n:03/08/2018:AR/ar LSA2018-1278 COMMENDING MOUNTAIN BROOK BOY'S BASKETBALL TEAM ON WINNING THE 2018 7A CHAMPIONSHIP. WHEREAS, highest commendations and congratulations are herein proudly presented to the Mountain Brook Boy's Varsity Basketball Team on the outstanding achievement of winning the 2018 7A State Championship; and WHEREAS, through hard work, diligence, and an unwavering commitment to excellence, the Mountain Brook Spartans earned the title with a 73-49 victory over McGill-Toolen in the title game at the BJCC's Legacy Arena in Birmingham; and WHEREAS, with the win, the Spartans successfully repeated as State Champions, as they did in 2013 and 2014; and WHEREAS, expert guidance and leadership were provided by Head Coach Bucky McMillian, and Assistant Coaches Dave Good, Tyler Davis, and Christian Schweers; and WHEREAS, all of the players contributed mightily to the team's success; the program's outstanding roster includes dedicated and talented seniors, Britton Johnson, Hamp Sisson, Sean Elmore and William Lineberry who have been an inspiration to teammates Holt Bashinsky, Trendon Watford, Alex Washington, Peyton Haley, Paul Stramaglia, Dowd Ritter, Ben Garrett, Grant Griffin, Lior Berman, Bradley Pinson, and James Childs; and WHEREAS, the achievements of these remarkable student athletes reflects immense credit upon their school, families, and the entire community, where they are highly regarded, and they are truly deserving of special commendation and praise; now therefore, BE IT RESOLVED BY THE LEGISLATURE OF ALABAMA, BOTH HOUSES THEREOF CONCURRING, That the Mountain Brook Boy's Basketball Team is honored and commended, and this resolution is offered in highest tribute, along with congratulations and sincere best wishes for continued success in all future endeavors.