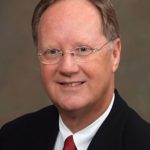 Section 11. The proceeds of any taxes herein authorized to be levied shall be distributed as follows:

(2) 15 percent to the general fund of Cullman County to be used by the County Commission;.

(3) 15 percent to the Cullman County Commission to the credit of the road fund;.

(5) 10 percent to the municipalities of Cullman County, except Cullman, to be distributed on a population basis; and.