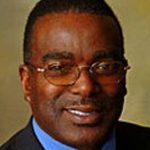 Under existing law, a registered voter may only vote by absentee ballot if he or she meets one of the criteria prescribed by law for voting absentee

Under existing law, a registered voter may only vote by absentee ballot if he or she meets one of the criteria prescribed by law for voting absentee

(a) Any qualified elector of this state may apply for and vote an absentee ballot by mail or by hand delivery in person, as provided in Sections 17-11-5 and 17-11-9, in any primary, general, special, or municipal election, if he or she makes application in writing therefor not less than five days prior to the election in which he or she desires to vote. and meets one of the following requirements:

(1) The person will be out of the county or the state, or the municipality for municipal elections, on election day.

(2) The person has any physical illness or infirmity which prevents his or her attendance at the polls, whether he or she is within or without the county on the day of the election.

(3) The person works on a shift which has at least ours which coincide with the hours the polls are open at his or her regular polling place.

(4) The person is enrolled as a student at an educational institution located outside the county of his or her personal residence attendance at which prevents his or her attendance at the polls.

(5) The person is a member of, or spouse or dependent of a member of, the Armed Forces of the United States or is similarly qualified to vote absentee pursuant to the federal Uniformed and Overseas Citizens Absentee Voting Act, 42 U.S.C. 1973ff.

(6) The person has been appointed as an election officer or named as a poll watcher at a polling place other than his or her regular polling place.

(b) An applicant for an absentee ballot who is a member of the Armed Forces of the United States, including the Alabama National Guard, the United States Naval Reserves, the United States Air Force Reserves, and the United States Army Reserve on active duty or active duty for training or an applicant who is the spouse of any member of the armed forces or any other applicant qualified to vote absentee pursuant to the federal Uniformed and Overseas Citizens Absentee Voting Act, 42 U.S.C. 1973ff, may make application for an absentee ballot by filling out the federal postcard application form, authorized and provided for under the provisions of "The Federal Voting Assistance Act of 1955," Public Law 296, Chapter 656, H.R. 4048, approved August 9, 1955, 84th Congress 1st Session.

(c) Any registered elector who requires emergency treatment of a licensed physician within five days of an election may apply for an emergency absentee ballot for the election and may vote by returning the absentee ballot no later than noon on the day the election is held. The attendant physician shall describe and certify the circumstances as constituting an emergency on a special form designed by the Secretary of State and provided by his or her office to local absentee election managers. The special form shall be attached to the application.

(e) If the occurrence of a state of emergency as declared in this or any other state, or by the federal government, renders substantial compliance with this article impossible or unreasonable for a group of qualified voters who respond to the emergency, the Secretary of State, pursuant to Section 41-22-5, may promulgate adopt an emergency rule to allow those qualified voters to vote by absentee ballot. Notwithstanding any other laws to the contrary, all expenses and costs incurred by the state or any county in carrying out the responsibilities and duties included in an emergency rule promulgated adopted pursuant to this subsection shall be paid by the State of Alabama from any funds made available for election expenses under state and federal law.

§17-11-7. (a) Each absentee ballot shall be accompanied by an envelope upon which shall be printed an affidavit. (b) With respect to an absentee ballot cast pursuant to Section 17-11-3, the affidavit shall read as follows:

Check only one: ___ I will be out of the county or the state on election day. ___ I am physically incapacitated and will not be able to vote in person on election day. ___ I work a required workplace shift which has at least 10 hours which coincide with the polling hours at my regular polling place. ___ I am a student at an educational institution located outside the county of my permanent residence and am therefore unable to vote at my usual polling place on election day. ___ I am a member of or a spouse or dependent of a member of the Armed Forces of the United States or am otherwise entitled to vote pursuant to the federal Uniformed and Overseas Citizens Absentee Voting Act, 42 U.S.C. 1973ff. ___ I have been appointed as an election officer at a polling place which is not my regular polling place. ___ I will be out of the county on election day responding to a state of emergency as declared by this state or any other state, or by the federal government. I further swear (or affirm) that I have not voted nor will I vote in person in the election to which this ballot pertains. I have marked the enclosed absentee ballot voluntarily and I have read or had read to me and understand the instructions accompanying this ballot and I have carefully complied with such instructions. Moreover, I further swear (or affirm) that all of the information given above is true and correct to the best of my knowledge and that I understand that by knowingly giving false information so as to vote illegally by absentee ballot that I shall be guilty of a misdemeanor which is punishable by a fine not to exceed one thousand dollars ($1,000) or confine- ment in the county jail for not more than six months, or both. _________________ (Signature or mark of voter.) ___________________ (Printed name of voter.) IF YOUR AFFIDAVIT IS NOT SIGNED (OR MARKED), AND IF YOUR AFFIDAVIT IS NOT WITNESSED BY TWO WITNESSES 18 YEARS OF AGE OR OLDER OR A NOTARY PUBLIC OR OTHER OFFICER AUTHORIZED TO ACKNOWLEDGE OATHS, PRIOR TO BEING DELIVERED OR MAILED TO THE ABSENTEE ELECTION MANAGER, YOUR BALLOT WILL NOT BE COUNTED. Sworn to and subscribed before me this _____ day of _____, 2__. I certify that the affiant is known (or made known) to me to be the identical party he or she claims to be. ___________________ (Signature of official) (Title of official) ___________________ (Address of official) OR 1st Witness____________ Signature _____________ Print name _____________ Address ______________ City Zip Code 2nd Witness______________ Signature _____________ Print name _____________ Address ______________ City Zip Code"