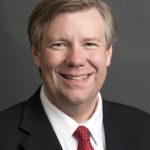 This bill would allow the Secretary of State to provide digital copies of all bills, resolutions, and memorials electronically to the Legislature and would eliminate the binding requirement

This bill would allow the Secretary of State to provide digital copies of all bills, resolutions, and memorials electronically to the Legislature and would eliminate the binding requirement

It is the duty of the Secretary of State:

(1) To keep the state seal, the original statutes and public records of the state, and the records and papers belonging to the Legislature, keeping the papers of each house separate.

(2) To attest commissions and all other public documents from the executive of the state and, when necessary, to affix the seal of the state thereto and to certify the same in his or her official capacity.

(3) To record, in books proper for that purpose, all grants and patents issued by the state.

(5) To keep in his or her office the books, maps, and field notes of the late surveyor general of the United States for this state which are public archives of the state and, upon application, to give certified copies of the same, which shall be received in evidence in any of the courts of this state.

(6) On application and the payment of lawful fees, to certify copies of all records, grants, papers, and laws of the several states or of the United States.

(7) To make annually, by September 30, a verified and itemized account of all money and fees received in his or her office and of all payments and disbursements made, which must be reported to and filed with the Governor, and transmitted to the next succeeding Legislature.

(8) To give notice to the district attorneys of the respective circuits or counties of all officers who fail to file their bonds in his or her office or make returns of elections within the time prescribed.

(9) To procure the acts and resolutions of the Legislature.

(10) To receive from the state printer 10 additional maintain electronically digital copies of all bills, joint resolutions, and memorials printed by order of either house of the Legislature and, on the adjournment of each session of the Legislature, to have one of each of such copies bound together in a cheap form and file them and the copies not bound in his or her office.

(11) On entering into the contract provided for in Section 11-3-25, to furnish to the county commissions, from the records now in his or her office, exact copies of the field notes of the original surveys of all the lands in their respective counties, which shall be books of proper size to be supplied by such courts, at the close of which he or she shall append his or her certificate as to the correctness thereof under the Great Seal of the State.

(12) To procure from the general land office in Washington, D.C., complete lists of the entries of public lands in Alabama, so as to be enabled to complete the Alabama state tract books in his or her office to date, the expense attending the procurement of which to be paid upon his or her certificate to the Comptroller, or who shall draw a warrant on the Treasurer.

(13) To procure lists of entries of public lands in this state annually, so as to comply with subdivision (14), the expense to be paid as provided in subdivision (12).

(14) To enter on the tract books, by October 1 of each year, a list of all the lands (not already so entered) sold by the United States, and to make out and furnish each probate judge, by January 1 of each year, a register or statement showing all the lands so sold in the county of such judge and not embraced in any register or statement previously furnished.

(16) To perform such other duties as he or she is or may be required by law to perform.

(17) To implement a central filing system that complies with regulations promulgated by the Secretary of the United States Department of Agriculture pertaining to central filing of liens on farm products."