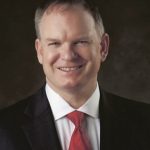 Relating to the Armory Commission of Alabama; to amend Sections 31-4-1 and 31-4-3 of the Code of Alabama 1975, to increase membership of the commission from nine members to embers, and to require that the commission meet at least twice per year. BE IT ENACTED BY THE LEGISLATURE OF ALABAMA: Section 1. Section 31-4-1 of the Code of Alabama 1975, is amended to read as follows: "§31-4-1. "The Governor of Alabama, the Adjutant General of Alabama, the Attorney General of Alabama, the two highest ranking Army National Guard officers, and the highest ranking Air National Guard officer, together with three duly qualified electors of Alabama, to be appointed by the Governor, and to serve for a term of six years, shall constitute the Armory Commission of Alabama. The Governor shall

Section 31-4-3 of the Code of Alabama 1975, is amended to read as follows: "§31-4-3. "The commission may in its corporate name sue and be sued, contract and be contracted with, acquire real and personal property by gift, purchase, lease, hire, or condemnation, and may do all things and exercise all rights and powers reasonably necessary to carry out and perform the duties intended or required by this chapter. The members shall serve without compensation and shall be paid the expenses allowed by law while attending meetings of the commission or while traveling under orders for the performance of duty in connection with the business of the commission, the expense to be payable out of any funds available to the commission, or if the Governor so directs, out of the active military service appropriation. The commission shall hold regular or special meetings at Montgomery or other designated places at the discretion and on call of the Governor, after reasonable notice, at least twice per year. A majority of the members shall constitute a quorum for the consideration of business. The commission may delegate to an executive committee, consisting of not less than three of its members, such of its duties and authority as it may deem proper and advisable, not inconsistent with the provisions of this chapter."