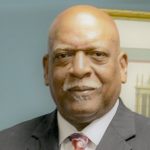 Relating to contracts; to establish the Alabama Non-Disparagement Obligations Act; to provide for the creation and enforcement of non-disparagement obligations in contracts.

Relating to contracts; to establish the Alabama Non-Disparagement Obligations Act; to provide for the creation and enforcement of non-disparagement obligations in contracts.

This bill shall be known and may be cited as the Alabama Non-Disparagement Obligations Act.

(a) Except as otherwise prohibited by law, any contract or provision of a contract between two or more persons not to disparage each other is only enforceable by a civil action where all of the following elements are present: (1) The contract between the persons contains language prohibiting the parties from disparaging one or more persons, including specifically named third-parties. (2) An objectively injurious statement is made that, based on objective facts, is reasonably expected to cause harm. (3) The communication of the objectively injurious statement results in specific loss to the plaintiff. (b) Nothing in this act creates any cause of action for disparagement at law or equity absent a contractual obligation between the parties.

In order to be valid, any contract governed by this act shall be reduced to writing, signed by all parties, and supported by adequate consideration.

A contract governed by this act may require the parties to the contract to file under seal initial or responsive pleadings and motions under Alabama Rule of Civil Procedure 65 regarding the enforcement of a contract governed by this act. Nothing in this section prohibits a court of competent jurisdiction from making its own judgment regarding what, if any, filings filed under seal pursuant to this section should be made public. In making this judgment, the court shall consider the extent to which unsealing parts of the record would cause, perpetuate, or increase injury to any of the litigants or related third parties. To the extent allowed by law, the parties may include in a contract governed by this act a requirement that notice be provided prior to providing to third parties information protected under this act.

A court may void a contract governed by this act in whole or in part, including, but not limited to, a fee shifting provision, if the court finds that the contract is overly broad, unconscionable, or unduly lacking in mutuality.

Nothing in this act affects any defense or immunity otherwise available under applicable law. Nothing in this act shall reduce, void, or diminish any obligations or contractual obligations of any kind or nature between shareholders, owners, members, and officers of any entity that is governed by Title 10A, Code of Alabama 1975. Shareholders, owners, members, and officers may disclaim rights and obligations under this act, provided that the disclaimer expressly and plainly states that the signatories to the contract are aware they are waiving their rights under this act.

A defendant in an action for breach of a contract governed by this act may mitigate damages by proving either of the following: (1) The injurious statement was made in good faith or by mistake. (2) The injurious statement was retracted in such a way as to eliminate or reduce the harm to the plaintiff. Section 10. Upon a finding as to whether or not there has been a breach of a contract governed by this act, the court may order any of the following: (1) Injunctive and other equitable relief as may be appropriate with respect to any actual or threatened breach. (2) The actual damages recoverable under existing law for breach of contract disputes that are suffered as a result of the breach. (3) Attorneys' fees and costs, if provided for in the contract or otherwise provided for by law. Section 11. This act shall become effective on the first day of the third month following its passage and approval by the Governor, or its otherwise becoming law.