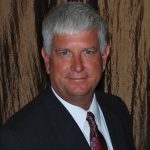 To amend Section 11-81-93 of the Code of Alabama 1975, authorizing any county to issue bonds for the purpose of refunding outstanding bonds; to authorize a county to issue bonds to refund certain bonds previously issued by the county; to ratify and confirm certain refunding bonds previously issued; and to provide for certain exceptions relating to pending litigation.

This act shall become effective immediately following its passage and approval by the Governor, or its otherwise becoming law. SB183 President and Presiding Officer of the Senate Speaker of the House of Representatives SB183 Senate 05-MAR-20 I hereby certify that the within Act originated in and passed the Senate, as amended. Patrick Harris, Secretary. House of Representatives Passed: 08-MAY-20 By: Senator Sessions