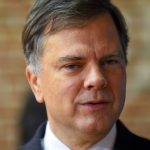 The provisions of this act are severable. If any part of this act is declared invalid or unconstitutional, that declaration shall not affect the part which remains.

This act shall become effective immediately following its passage and approval by the Governor, or its otherwise becoming law. SB325 President and Presiding Officer of the Senate Speaker of the House of Representatives SB325 Senate 06-MAY-20 I hereby certify that the within Act originated in and passed the Senate. Patrick Harris, Secretary. House of Representatives Passed: 08-MAY-20 By: Senator Orr