Who is Adia McClellan Winfrey? 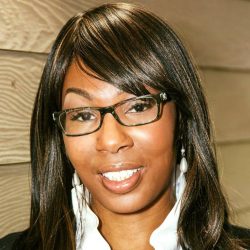 Dr. Adia McClellan Winfrey is a seventh-generation Talladega, Alabama resident. Her great-great-grandmother was one of the founding residents of the Knoxville community. Both of her parents instilled in her the value of entrepreneurship, education, and activism at an early age

Winfrey is an esteemed Doctor of Psychology, author, community organizer, founder of the H.Y.P.E. (Healing Young People thru Empowerment) Movement, and a proud working mother of four. She currently serves as the Chair of the Talladega Democratic Party. Her life of service has allowed her to advocate for those in the most vulnerable communities — one being juvenile correctional facilities. It’s at the Wisconsin Department of Corrections where she piloted the H.Y.P.E. curriculum, a hip-hop-based group therapy program for adjudicated males ages 13-22.

Winfrey’s social justice work began in middle school, and in 1996 she was selected as the Olympic Torchbearer for community activism at the age of 16. Being a high school student in the 90s meant coming of age during hip-hop’s golden era. The genre, along with the community work she had already been engaged in, helped to politicize her. Winfrey is a firm believer that hip-hop culture is a vehicle to educate, heal, and empower. As the Democratic nominee for Alabama’s 3rd Congressional District, she plans to continue her lifelong work of using hip-hop culture as a tool for political mobilization.

For over 20 years Winfrey has committed herself to become a leading expert in the prevention field. Some of her past positions include Regional Field Director for Walt for Governor, Community Organizer for Girls Who Code, Group Facilitator for Covenant Youth Empowerment, and House Manager for Family Violence Prevention Center of Greene County. In addition to running for the U.S. Congress, she holds a full-time position as the Community Wellness Coordinator with Aletheia House.

Winfrey is passionate about working mothers. Her love of family is the reason she returned to Talladega in 2014 to home-school her children. Her desire to be a stay-at-home mom led to the creation of her own business. She is a trailblazer on hip-hop therapy as a tool to heal the youth.

Winfrey is an active proponent of restoring the Voting Rights Act. In 2019, she traveled to Washington, DC to demand a reversal of Shelby vs. Holder. Her hope is to carry on the legacy of the late Congressman John Lewis. Winfrey believes in the future of our beautiful state and nation. It is time for leadership with a new vision that is #FocusedOnAlabama.

Adia McClellan Winfrey from Talladega, AL has participated in elections listed below in the state of Alabama.