Who is Allison S. Boyd? 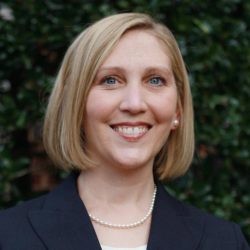 A graduate of Samford University, Judge Boyd earned her law degree from the University Of Alabama School Of Law and her Masters in Business Administration from the University of Alabama at Birmingham. Judge Boyd practiced in Tuscaloosa as an associate with Spruell & Powell, Inc. in the areas of insurance defense, probate, divorce and real estate law prior to joining the Shelby County District Attorney’s Office in 2007.

During her eight-year tenure with the District Attorney’s Office, she was responsible for the prosecution of crimes against children, and violent felony crimes and was the prosecutor for both the Mental Health Court and Drug Court programs. In January 2016, she was appointed to serve as Mental Health Program Coordinator and Legal Counsel to Shelby County Judge of Probate, James W. Fuhrmeister. Judge Boyd was appointed as Judge of Probate in September 2018 to fill the vacancy left by Judge Fuhrmeister’s retirement in August 2018. She began her full term as Shelby County Judge of Probate on January 14, 2019, after being elected in the 2018 General Election.

Judge Boyd serves as a member of the Alabama Law Institute’s Adoption Committee and Guardianship Committee; the Alabama WINGS (Working Interdisciplinary Networks of Guardianship Stakeholders); the Board of Directors of Leadership Shelby County; the Board of Directors of Chilton Shelby Mental Health; and as the President of the Advisory Board of Shelby Volunteers in Service, a county non-profit benefiting senior citizens and volunteer efforts in Shelby County. She is a member of Asbury United Methodist church where she has served as a member of the Church Council, a small group leader for DISCIPLE class, and a Sunday School Teacher. She is a Girl Scout Troop leader for a Brownie troop in North Central Alabama. She is married with two children.

The below links are relevant to Allison S. Boyd from Birmingham, AL and are articles or opinion pieces published on Bama Politics. Are you Allison S. Boyd? Do you have an opinion on Allison S. Boyd? Publish an article in our opinion section and your article will appear here. A great way for our visitors to find your content and learn more about your views. Use this contact form to find out how.