Who is Angelo Jacob Ferno? 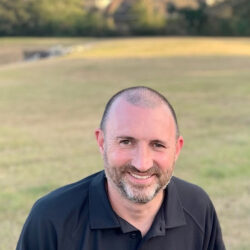 Angelo Fermo grew up in a farming town in Mississippi. Despite his difficult upbringing, he was the first in his family to attend and graduate from college. While his first job was on a farm, Angelo also worked his way through college, graduating with a Bachelors Degree in Criminal Justice and a Masters in Education.

After twenty one years in law enforcement, including twenty as a special agent and fifteen of those protecting and serving the people of Baldwin County, Angelo retired from law enforcement in January of 2022 to focus on his small businesses in Baldwin County and running as a Republican for Alabama House District 64. His experience fighting drug trafficking, cartel money laundering, child predators and international terrorism has prepared him to lead for conservative values in the Alabama legislature.

Angelo is the proud husband of Ashlee Fermo, and father of three sons and a step-son. All of his children attend public school in Baldwin County.

The Fermos are Catholics and a member of St. Patrick Catholic Parish. A strong believer in the 2nd Amendment, Angelo is a life long Member for the National Rifle Association. He is also a member of The Fraternal Order of Police in Baldwin County, The Federal Law Enforcement Officers Association, and a proud military veteran supporter and contributor to the VFW and Homes For Our Troops.

Angelo’s wife, Ashlee, worked as a Child Protection Service Representative in Baldwin County and then went on to work a 23 year career in elderly rehabilitation centers. Her family is from Ozark, Alabama, She is a graduate of Montevallo and comes from a family of military veterans who served overseas. Angelo and his family rescue animals and currently have four dogs and two cats, five of which are rescues.

Angelo Jacob Ferno from Daphne, AL has participated in elections listed below in the state of Alabama.

The below links are relevant to Angelo Jacob Ferno from Daphne, AL and are articles or opinion pieces published on Bama Politics. Are you Angelo Jacob Ferno? Do you have an opinion on Angelo Jacob Ferno? Publish an article in our opinion section and your article will appear here. A great way for our visitors to find your content and learn more about your views. Use this contact form to find out how.