Who is Artur Davis? 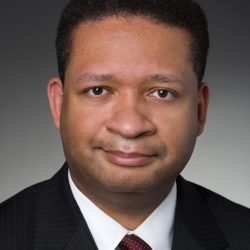 Artur Davis’ story proves that a child from a single-parent home, born in one of the poorest neighborhoods in Montgomery, can live the promise of the American Dream. Born in 1967 in the West End of Montgomery, Artur thrived in Montgomery’s traditional public schools, winning academic awards at every level. After gaining admission to Harvard College, where he graduated with high honors, Artur became the second African American to win the Law School’s renowned oral advocacy competition.

Instead of following so many of his classmates to Wall Street or K Street, Artur returned to Montgomery to clerk for one of the most outstanding federal judges in America, the Honorable Myron Thompson. A year later, he joined the United States Attorney’s office based in Montgomery, where he compiled a near 100 percent conviction rate and forged a reputation as one of the best young litigators in the state.

Artur’s commitment to public service led to his first run for Congress in 2000. He lost that race, but two years later, in one of the biggest upsets in modern Alabama politics, he defeated a five-term incumbent to become, at age 35, the 7th District’s voice in Washington. The next seven years established the young congressman as a force for bipartisan results that affected lives: in 2008, a national magazine ranked him as one of the Ten Best Members of Congress.

In 2010, Artur’s bid to become the first black Governor of Alabama failed. But his path-breaking campaign remains notable for the boldness of its vision: tax relief for working-class Alabamians, an end to the state’s tax on groceries, major ethics reform, and a modern constitution.

In the ten years that have followed his public service, Artur Davis has continued to prove that a skinny kid with glasses from the West End can excel. He has served on the board of directors of a major shipbuilding company and a volunteer service organization founded by the late President George H.W. Bush, and run the state of Alabama’s legal aid program, where he adopted initiatives to restore the voting rights of ex-offenders and expanded legal services to veterans.

Artur Davis from Montgomery, AL has participated in elections listed below in the state of Alabama.

The below links are relevant to Artur Davis from Montgomery, AL and are articles or opinion pieces published on Bama Politics. Are you Artur Davis? Do you have an opinion on Artur Davis? Publish an article in our opinion section and your article will appear here. A great way for our visitors to find your content and learn more about your views. Use this contact form to find out how.