Who is Ashley C. Curry? 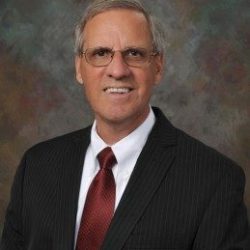 Ashley Curry is a 30 year resident of Vestavia Hills. He finished high school in Montgomery, Alabama and attended college at the University of Alabama. He obtained his undergraduate degree in Industrial Management and worked in production supervision, sales and accounting with Milliken & Company of Spartanburg, SC.

After obtaining an MBA degree from the University of South Carolina, he joined the FBI as a Special Agent in 1978 and was assigned to the Tampa field office. In 1980 he was transferred to Birmingham where he remained until his retirement in 2003. During his tenure with the FBI, he worked a myriad of criminal investigations to include, white collar crime, organized crime, public corruption, drugs, personal crimes and property crimes. Prior to his retirement, he worked as the FBI Police Training Coordinator where he handled the training of state and local police officers.

After the Bureau, he became the Assistant Federal Security Director for Law Enforcement with the newly-created U.S. Department of Homeland Security, specifically the Transportation Security Administration and was assigned to the Birmingham International Airport. In 2005, he left law enforcement and moved back into the corporate arena as the corporate recruiter for EBSCO Industries. In this capacity, he handled the recruitment of executive level positions within the company’s 30 different business units. He retired from EBSCO in 2014.

Ashley C. Curry from Vestavia Hills, AL has participated in elections listed below in the state of Alabama.

The below links are relevant to Ashley C. Curry from Vestavia Hills, AL and are articles or opinion pieces published on Bama Politics. Are you Ashley C. Curry? Do you have an opinion on Ashley C. Curry? Publish an article in our opinion section and your article will appear here. A great way for our visitors to find your content and learn more about your views. Use this contact form to find out how.