Who is Bill Lester? 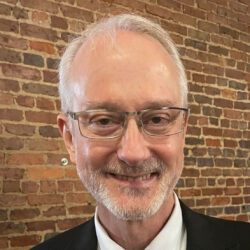 Bill is a husband, father, and grandfather. He has been happily married to his wife, Sharon, for 31 years, 17 of which have been spent raising their family in Jacksonville. Bill and Sharon have seven children (four boys and three girls) and two grandchildren (one girl and one boy). Bill has been a student pastor at several churches and has served over 25 years in student ministry. He and his wife have also worked in children’s ministry and taught Sunday School throughout their marriage.

Bill received his MPA degree and a doctorate in political science. He was a Civitas Scholar in Washington, D.C. with The Center for Public Justice (Christian organization) and The American Enterprise Institute. As a Fulbright Scholar, Bill was given the opportunity to teach political science from a conservative American perspective to students abroad. He also had the privilege to serve on the Alabama State Republican Executive Committee.

In his younger days, Bill supported his family for a time working at a grain elevator. While in college, he ran his own shrimp distribution business and worked in roofing. Bill also has a lifetime certificate as a public school teacher.

Currently, he works as a professor in Emergency Management and Public Administration at Jacksonville State University.

Bill Lester from Jacksonville, AL has participated in elections listed below in the state of Alabama.

The below links are relevant to Bill Lester from Jacksonville, AL and are articles or opinion pieces published on Bama Politics. Are you Bill Lester? Do you have an opinion on Bill Lester? Publish an article in our opinion section and your article will appear here. A great way for our visitors to find your content and learn more about your views. Use this contact form to find out how.