Who is Brit Blalock? 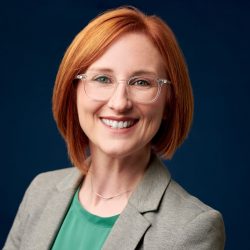 From there, Brit launched her career working for organizations like Goodwill Industries, the Better Business Bureau, the UAB School of Medicine, and currently, Innovation Depot. She is passionate about nonprofit communications and helping organizations strengthen their brand messaging as well as their fundraising efforts. Brit moved back to Birmingham in 2015 with the express purpose of working to make Alabama a better place for folks to live, work, and play.

Brit has been politically active since her teens when she helped run her Mom’s first campaign for city council. She has volunteered for or worked on upwards of 35 political campaigns over her lifetime, with about 20 of those occurring over the last 4 years in Alabama. In 2018, she was one of the inaugural graduates of Emerge Alabama, a program that trains progressive women to run for office. Brit went on to manage fellow Emerge graduate Heather Milam’s 2018 campaign for Secretary of State. Brit is now a trainer for Emerge AL and is especially passionate about working to help elect more people of color, women, and LGBTQ individuals.

Brit is an active community organizer who has been a part of several protest movements in Alabama. In 2019, she served as the primary organizer for the March for Reproductive Freedom in Montgomery. She has also been a dedicated participant in the Black Lives Matter protests, rallies, and marches across Birmingham and Hoover. Brit has contributed to AL.com on issues like women in politics, LGBTQ equality, and racial justice.

In 2011, Brit founded SAFE Samford (Students, Alumni, and Faculty for Equality) to fight for equal treatment for LGBTQ students on Samford’s campus. The group has achieved several victories over the years and continues to push the university to enact better policies for its LGBTQ students and employees. In 2016, Brit co-founded The Bevy, a networking and social group for queer women, trans and nonbinary folks in Birmingham. The group has grown to more than 2,000 members, and Brit and her co-founder have also launched Bevy chapters in Memphis, Nashville, Mobile, and New Orleans.

Brit is the first nonbinary-identified person elected to Alabama's State Democratic Executive Committee. She was selected to join the nonpartisan Public Affairs Research Council of Alabama (PARCA) Roundtable in 2019 and has also served on the board for HUB Worldwide, a medical supplies nonprofit, since 2019. Brit was recently named one of the 2020 “Women Who Shape the State” by This Is Alabama for her work as a local organizer and community leader.

In her free time, Brit enjoys writing poetry, reading, and spending time on any body of water. She currently resides in the Avondale neighborhood of Birmingham with her partner, Leila, as well as their menagerie of pets.

Brit Blalock from Birmingham, AL has participated in elections listed below in the state of Alabama.

The below links are relevant to Brit Blalock from Birmingham, AL and are articles or opinion pieces published on Bama Politics. Are you Brit Blalock? Do you have an opinion on Brit Blalock? Publish an article in our opinion section and your article will appear here. A great way for our visitors to find your content and learn more about your views. Use this contact form to find out how.