Who is Buzz Jordan? 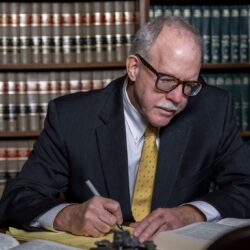 Buzz Jordan is the most experienced prosecutor seeking the office of District Attorney. With a decade as an Assistant District Attorney, Buzz Jordan tried more than 200 jury trials and earned a 95% conviction rate. An original member of the Murder Team, Buzz consistently sought the maximum penalties for cold-blooded murderers and other violent offenders. As Special Assistant U.S. Attorney under Jeff Sessions, Buzz prosecuted white-collar criminals with equal fervor.

As Mobile County’s District Attorney, Buzz Jordan will continue to prosecute crimes to the fullest extent of the law.

Buzz has been an unflinching champion of law and order, standing up for thousands of everyday citizens seeking justice during his two decades in private practice. He is also active in the community and has mentored a generation of youths and young adults, including those at risk, as a football coach and through volunteer work with the Boys and Girls Club of South Alabama, the Salvation Army Summer Camp, YMCA Summer Day Camp, Wilmer Hall Children’s Home, and the Junior Optimist Club. Buzz is a member and past president of the Mobile Optimist Club, past president of the Boys and Girls Club of South Alabama and long-time board member, and a member of the Mobile Lion’s Club. He is an active member of Government Street Presbyterian Church.

A graduate of Wofford College, Buzz earned his J.D. at Samford University’s Cumberland School of Law.

Buzz Jordan from Mobile, AL has participated in elections listed below in the state of Alabama.

The below links are relevant to Buzz Jordan from Mobile, AL and are articles or opinion pieces published on Bama Politics. Are you Buzz Jordan? Do you have an opinion on Buzz Jordan? Publish an article in our opinion section and your article will appear here. A great way for our visitors to find your content and learn more about your views. Use this contact form to find out how.