Who is Charles Temm, Jr.? 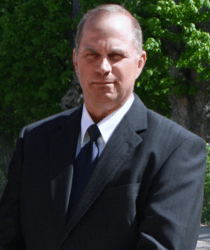 Before I retired from the Army, I looked around to where I should live. My home state of Maine was not in the top 5 for several reasons; chief among them were intrusive government, high taxes, and crippling regulation of everything. The other states I looked at all had similar problems. Their natural beauty and good people were not enough to overcome the negatives, just like in my home state. But Alabama had none of these malfunctions though; over the years, the intrusive government is gaining strength.

So I'm running for office to help try and rein in our state government from following the path other states have taken. Alabama is a great place to live and work; I'd like to help keep it that way.

I was born on 12 Dec 1960 in South Portland, Maine. I lived in Scarborough, Maine, until I enlisted and was shipped out for the Army Aug of 1979. Uncle Sam sent me to many places where I jumped out of airplanes and then walked (a lot). Married and then divorced while in the Army. Made SFC (E7) and eventually retired here. I raised a son with some help from friends, and he enlisted at 18 to become Uncle Sam's problem. He raised two fine daughters and will soon retire from the Army too. I met and married a native Alabamian girl (Ottilia May Mora) who has, for some reason, tolerated me now for over 16 years.
I love fishing and hiking, time permitting. Enjoy shooting, gardening, and reading. I hope to retire from my present job at the Wal-Mart Distribution Center next year, economy permitting.

Charles Temm, Jr. from Opelika, AL has participated in elections listed below in the state of Alabama.

The below links are relevant to Charles Temm, Jr. from Opelika, AL and are articles or opinion pieces published on Bama Politics. Are you Charles Temm, Jr.? Do you have an opinion on Charles Temm, Jr.? Publish an article in our opinion section and your article will appear here. A great way for our visitors to find your content and learn more about your views. Use this contact form to find out how.