Who is Charlotte Hubbard? 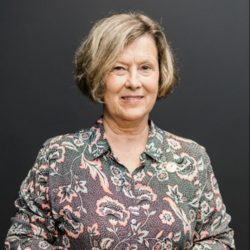 Charlotte Hubbard serves as the Place 2 Council Member for the City of Oxford. She is a retired educator from Oxford City Schools and owns Hubbard’s Off Main, a restaurant located in Historic Downtown Oxford. She has served on the city council since 2012. Since her time in office, she believes that the greatest accomplishment serving the citizens of Oxford has been the renovation of Historic Downtown Oxford, the opening of the Oxford Performing Arts Center, and the establishment of Historic Main Street Oxford. Hubbard believes that the biggest key issues in Oxford’s growth and stability are the city’s infrastructure, a need for a detailed growth plan, and economic development and tourism.

Hubbard has been involved in many civic and non-profit organizations, including Cardinal Foundation at Gadsden State, Altrusa Club, ADK Sorority, Children’s Service Center, Berman Museum Foundation, Historic Main Street Oxford. She enjoys collecting antique furniture from the 1880s-1920s and is the mother to one son, Adam. Hubbard is a member of the First Baptist Church of Oxford.

Charlotte Hubbard from Oxford, AL has participated in elections listed below in the state of Alabama.

The below links are relevant to Charlotte Hubbard from Oxford, AL and are articles or opinion pieces published on Bama Politics. Are you Charlotte Hubbard? Do you have an opinion on Charlotte Hubbard? Publish an article in our opinion section and your article will appear here. A great way for our visitors to find your content and learn more about your views. Use this contact form to find out how.