Who is Chris "Chip" Beeker? 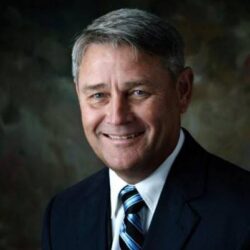 Commissioner Beeker was elected to Place 2 of the Alabama Public Service Commission in November of 2014. From 1986 to 2006, Chip Beeker served on the Greene County Commission and was a rare Republican officeholder in an area of the state historically dominated by Democrats. For a decade ranging from 1996 to 2006, Beeker chaired the commission and is credited with creating economic development opportunities during his tenure.

Beeker previously ran as a Public Service Commission candidate in the 2010 Republican primary and has served as a member of the State Executive Committee of the Alabama Republican Party.

Prior to his election, he owned and operated Beeker Catfish and Cattle Farms in Eutaw.

Born and raised in Greene County, he has been married to Teresa Inge Beeker, an educator, for 45 years. They have three children, Diana Browning, Inge, and Chris, and also have eleven grandchildren.

Beeker is an Elder and Sunday school teacher at the First Presbyterian Church of Eutaw. He graduated from the University of West Alabama with a degree in Commerce and Business Administration.

Chris "Chip" Beeker from Eutaw, AL has participated in elections listed below in the state of Alabama.

The below links are relevant to Chris "Chip" Beeker from Eutaw, AL and are articles or opinion pieces published on Bama Politics. Are you Chris "Chip" Beeker? Do you have an opinion on Chris "Chip" Beeker? Publish an article in our opinion section and your article will appear here. A great way for our visitors to find your content and learn more about your views. Use this contact form to find out how.