Who is Chris Spurlin? 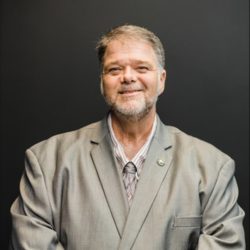 Chris Spurlin serves as the Place 4 Council Member for the City of Oxford and council president. He is the pastor of Brookside Baptist Church in Oxford. Spurlin has served on the council since 2008. Since his time in office, he believes that the greatest accomplishment in serving the citizens of Oxford has been able to provide a better quality of life through the construction of Choccolocco Park, Bynum Community Center, and Oxford Performing Arts Center, and the renovation of the Oxford Civic Center. Spurlin believes that important issues to Oxford are infrastructure improvements, public parks, renovation of the Quintard Mall, and access routes to and from the Oxford Exchange..

Spurlin is a 1985 graduate of Oxford High School. He obtained a degree in Sacred Literature from Covington Theological Seminary.

Spurlin has been involved in many civic and non-profit organizations over the years, including Oxford Jaycees, Baptist Service Center, World Changers, United Youth Ministry, Calhoun County United Task Force-Safety Division, Federal Legislative Committee for the Alabama League of Municipalities, chaplain for Oxford Fire Department, and an assistant coach for youth baseball. Spurlin has been a minister for 27 years. He is the husband to Terrie and father to Ryan (Laura), Kara (Josh), and Kaylee.

Chris Spurlin from Oxford, AL has participated in elections listed below in the state of Alabama.

The below links are relevant to Chris Spurlin from Oxford, AL and are articles or opinion pieces published on Bama Politics. Are you Chris Spurlin? Do you have an opinion on Chris Spurlin? Publish an article in our opinion section and your article will appear here. A great way for our visitors to find your content and learn more about your views. Use this contact form to find out how.