Who is Ciara Smith? 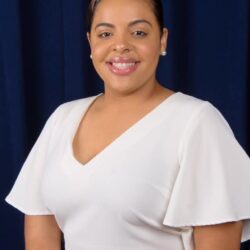 A native of South Anniston, Ciara Smith, born on February 17, 1999, to Ralph Nettles and Christina Smith, would later become an Anniston High School Alumna, Class of 2017 and Spelman College Grad Class of 2020. At the age of 16, Ciara began her first job at the City of Anniston Financial Department, where she would be exposed to the inner workings of the local government. During her freshman year of college, she campaigned under the first African American Woman Mayor in the City of Atlanta, Keisha Lance Bottoms.

As well as traveling to South America to study politics. At the age of 18, she was inducted into Forbes 30 under 30 as a fellow and traveled to Boston, Massachusetts, to join top entrepreneurs, celebrities, and visionaries for relevant industry conversations, programming, and networking opportunities. At the age of 19, Ciara interned with the United States House of Representatives under Congressman Hank Johnson, who represents the 4th district of Georgia. At 20 years old, Ciara spent her summer as an Apprentice for JP Morgan & Chase, where she participated in the inaugural six-week, full-time Advancing Black Pathways Apprentice Program focused on exposing students to hands-on experience, project-based curriculum and professional readiness. Congressman Hank Johnson then nominated her to join the Congressional Black Caucus Institute training boot camp in Washington D.C. this summer. She was among some of the greatest political influencers in our nation.

Now, at the age of 21 years old, Ciara Smith has been deemed the youngest ever elected official in the City of Anniston, not just as Councilmember of the 3rd ward but as vice mayor. Her mission is determined by one goal – impact over everything.

Ciara Smith from Anniston, AL has participated in elections listed below in the state of Alabama.

The below links are relevant to Ciara Smith from Anniston, AL and are articles or opinion pieces published on Bama Politics. Are you Ciara Smith? Do you have an opinion on Ciara Smith? Publish an article in our opinion section and your article will appear here. A great way for our visitors to find your content and learn more about your views. Use this contact form to find out how.