Who is Cliff Mann? 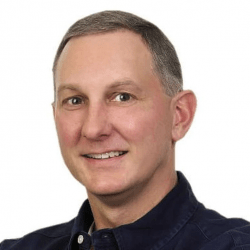 Cliff Mann became Madison County’s Tax Assessor when he was elected on November 4, 2014. Even though his six year term did not officially start until October 1, 2015, he began serving on February 2, 2015, when he was appointed by Governor Robert Bentley to serve out the term of the retiring Tax Assessor, Fran Hamilton.

As a native of Madison County and having grown up on a farm in the area, Mann realizes that a person’s property is important to them. Whether one owns a home, farm or business, they want to be treated with respect, honesty and fairness in regard to issues involving their property. Mann’s goal is to run the Tax Assessor’s office as efficiently as possible while providing the level of customer service the taxpayers expect. Now that all departments of the Tax Assessor’s office are together on the fifth floor of the courthouse, communication and consistency in that service can be better implemented. New technology, by upgrading hardware and software, will enhance the efficiency of the office as well as allowing for more current and accurate data on the internet. While it is still the responsibility of each property owner to ensure the tax data on any property that they own is current, the Tax Assessor’s office is here to assist in making any necessary corrections.

After earning a Bachelor of Arts degree in Communication from Auburn University, Mann earned a Master of Arts in Bible from Alabama Christian School of Religion. He then served in the ministry for a number of years before returning to Madison County to work in the real estate industry. For the past twenty years, Mann has served the community as a REALTOR. He served as the President of the Huntsville Area Association of REALTORS in 2005 and was chosen as their REALTOR of The Year in 2007 as well as served as a State Director for the Alabama Association of REALTORS for a number of years. The experience of helping people buy, sell, and resolve property issues will be an asset to the Tax Assessor’s office. He has also served as a board member of Habitat for Humanity of Madison County, taught classes at Faulkner University, and was the 2013 President of the Huntsville-Madison County Auburn Club. Mann currently serves as a deacon and Bible class teacher at the Mayfair Church of Christ and is a member of the Madison County and Alabama Cattlemen’s Association.

The below links are relevant to Cliff Mann from Huntsville, AL and are articles or opinion pieces published on Bama Politics. Are you Cliff Mann? Do you have an opinion on Cliff Mann? Publish an article in our opinion section and your article will appear here. A great way for our visitors to find your content and learn more about your views. Use this contact form to find out how.