Who is Clinton P. Woods? 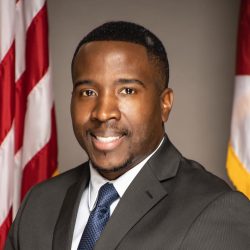 I currently serve as the District One Representative on the Birmingham City Council. Since being sworn in I have worked tirelessly to effectively serve the residents of District 1. I currently serve as the chairmen of the Governmental Affairs and Public Information Committee and sit on both the Economic Development and Public Safety committees. One of the first actions that I took was to pass ordinances that required the City Council to hold quarterly meetings at 5:30 p.m. I have had many opportunities to work on various political campaigns. These experiences have taught me to listen to what people want. You can't assume you know what people want, you have to seek them out and listen to their concerns. I am fortunate to represent a very responsive group of people who are able to effectively communicate their priorities.

Prior to serving on the Birmingham City Council, I served as campaign manager for newly elected Sheriff Mark Pettway. It was a challenging campaign because we had an extremely low margin of error. We did not have a lot of resources and could not afford to make mistakes. We had to work to be efficient as we introduced a new candidate to the county and simultaneously introduced his progressive platform. I was extremely pleased when we won the campaign, but I'm most excited to see the changes that will come as a result of winning the campaign.

I have been married to Dawn for 9 years; we have a 3-year-old daughter Chloe and 1-year-old son Clinton Jr. We are proud District 1 residents and look forward to being a part of the resurgence that they believe is possible in the district. My parents are Christopher and Cassandra Woods, who raised me in District 1. They worked extremely hard to instill strong values in me and ensured that I grew up to become a man of discipline and strong character. I attribute much of his success to them. My parents are local business owners and are active in their church and community. My mom is also a published author and inspirational speaker. For the better part of the last century, my family has worked diligently to better the city of Birmingham. My grandfather Bishop Calvin Woods and uncle Rev. Abraham Woods Sr. were on the front lines of the civil rights movement and served to ensure that the next day was better than the one that preceded it. They were both pastors and educators.

They were great men who set a high standard for what it means to serve your family and your community. Bishop Calvin Woods currently serves as President of the SCLC Birmingham Chapter and Pastors Shiloh Baptist church. Rev. Abraham Woods Sr. served his church and the city of Birmingham until he passed away. They have been true examples of consistency when it comes to serving their communities in Birmingham. It has been a blessing to have been surrounded by strong examples of leadership, commitment, and sacrifice. I am extremely excited about the opportunity to continue their work.

Clinton P. Woods from Birmingham, AL has participated in elections listed below in the state of Alabama.

The below links are relevant to Clinton P. Woods from Birmingham, AL and are articles or opinion pieces published on Bama Politics. Are you Clinton P. Woods? Do you have an opinion on Clinton P. Woods? Publish an article in our opinion section and your article will appear here. A great way for our visitors to find your content and learn more about your views. Use this contact form to find out how.