Who is Craig Hill? 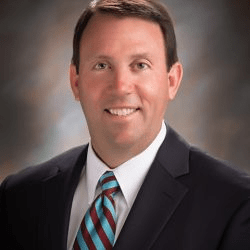 Craig Hill is a native of New Hope and is married to Karen Hillis Hill. Commissioner Hill is a graduate of New Hope High School and a lifelong resident of Madison County. The couple has two sons, Hudson and Cason, and resides in the New Hope community, where Craig served 3 terms on the New Hope City Council. Craig is a second-generation public servant, the son of the late New Hope Mayor Nolan and Linda Hill, and has one brother, Harrel. During his tenure, Craig secured funding for a new senior center and doctor’s office, worked to secure land for a community storm shelter, replaced antiquated bridges, and oversaw the purchase of the city’s first trash truck and vector control equipment. Craig also served as the council liaison to New Hope’s branch of the Huntsville Madison County Library.

Commissioner Hill has served as President and Vice-President of the Top of Alabama Regional Council of Governments (TARCOG) and on the TARCOG Board of Directors for 11 years. Craig holds a B.A. in Math from Athens State University and an M.A in Educational Administration from Jacksonville State University. Craig began his career as an Algebra teacher and basketball coach at Madison County High School. Commissioner Hill is a retired administrator with the Madison County School System. Craig and Karen are members of the Owens Cross Roads Church of Christ. Commissioner Hill enjoys hunting, fishing, and helping coach both of his sons on their athletic teams.

I have dedicated my entire career to the people of District 3. As a teacher, coach, administrator, and public servant, I have worked to put the needs of the community first and I believe in the future of District 3. Madison County is my home and I believe that the citizens deserve a full-time commissioner that will work to improve the quality of life for all our citizens.

The below links are relevant to Craig Hill from New Hope, AL and are articles or opinion pieces published on Bama Politics. Are you Craig Hill? Do you have an opinion on Craig Hill? Publish an article in our opinion section and your article will appear here. A great way for our visitors to find your content and learn more about your views. Use this contact form to find out how.