Who is David Clinkscales? 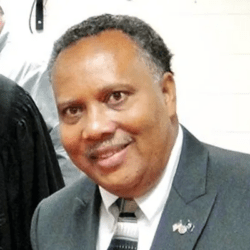 After multiple years as a district executive of the Birmingham Area Council for the Boy Scouts of America in Birmingham, Alabama, Mr. Clinkscales was appointed as a senior district executive in South Florida Area Council. Subsequently, in 1993, he founded The Clinkscales Group Inc. in South Florida. Additionally, Mr. Clinkscales worked with a multiple talent staff to promote entertainers, music, comedy shows, and political campaigns.

While serving his country in the U.S. Army Reserves(1986-2008), Mr. Clinkscales operated on the Model City Administering Board in Miami from 1990 to 2000 and was a founding director of the Power Learning System in Miami in 1996. Becoming involved in local politics, he further flourished as a campaign manager for State Representative Kendrick Meek in Miami. Clinkscales is currently an elected official for the Town of Franklin, Alabama, in which he was instrumental in the rebirth of the small town. He’s an active legislative representative for the Brotherhood of Locomotive Engineers and Trainmen. Mr. Clinkscales’ involvement in political affairs emerged from his experience with the local United Way and Boy Scouts, having raised money for these non-profit organizations for many years.

Born in Alabama, Mr. Clinkscales studied locally, earning a Bachelor of Art in political science at Alabama State University in 1987. In 1978, he was recognized as an Eagle Scout by the Boy Scouts of America. A celebrated Marquis listee, Mr. Clinkscales has been featured in the 26th edition of Who’s Who in the South and Southwest.

The below links are relevant to David Clinkscales from Franklin, AL and are articles or opinion pieces published on Bama Politics. Are you David Clinkscales? Do you have an opinion on David Clinkscales? Publish an article in our opinion section and your article will appear here. A great way for our visitors to find your content and learn more about your views. Use this contact form to find out how.