Who is David Little? 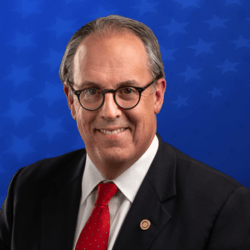 David Little was born and raised in District 2, attended Blossomwood, Huntsville Middle and Huntsville High School, and has a sincere passion for our community. After High School, David joined the United States Marine Corps and served our country proudly. He later attended Calhoun Community College and Athens State University where he graduated in 1997. He is married to the former Mimi Sowder, also a Huntsville native. They have three children, twenty-one-year-old Caroline, nineteen-year-old Layne, and sixteen-year-old Grey.

In 2008, David’s and the lives of his family changed forever when a distracted driver collided with his car. David spent weeks in the hospital recuperating. David now speaks regularly to local groups on the dangers of distracted driving.

David has a diverse work background, beginning in sales while in college, followed by aerial photography, owned a small business for a while, which led to business development and channel sales for a local computer products manufacturing firm, and has worked in the wealth management and financial planning industry since 2005. David understands the importance of communication and building strong and lasting relationships.

David Little is a natural leader who will represent District 2 on the City Council with honor and respect while guiding Huntsville into the future.

David Little from Huntsville, AL has participated in elections listed below in the state of Alabama.

The below links are relevant to David Little from Huntsville, AL and are articles or opinion pieces published on Bama Politics. Are you David Little? Do you have an opinion on David Little? Publish an article in our opinion section and your article will appear here. A great way for our visitors to find your content and learn more about your views. Use this contact form to find out how.

The below links are relevant to David Little from Huntsville, AL and were found via our own research or sent to us from readers like you. These links are not associated with Bama Politics.