Who is David Putman? 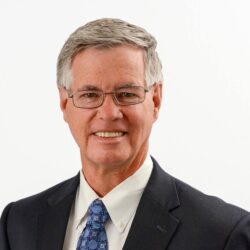 When he retired, he followed his love for the game of soccer, taking a small community soccer program and developing it into an outstanding program that is highly regarded throughout the state. To manage the program, he formed an Alabama small business corporation, administered the budget, hired and directed a staff of highly qualified coaches, and established an ongoing advertising and fundraising program with an overriding goal of making quality soccer training available to all, regardless of their available resources.

David worked closely with the City Council of Homewood and with the community to create the support to build a multi-million dollar soccer complex in Homewood that is widely recognized as one of the most attractive and functional facilities in Alabama.

David is a resident of Vestavia Hills, married for 48 years to Mary, a retired Birmingham school teacher who now sells real estate. They have two children and six grandchildren.

David Putman from Vestavia Hills, AL has participated in elections listed below in the state of Alabama.

The below links are relevant to David Putman from Vestavia Hills, AL and are articles or opinion pieces published on Bama Politics. Are you David Putman? Do you have an opinion on David Putman? Publish an article in our opinion section and your article will appear here. A great way for our visitors to find your content and learn more about your views. Use this contact form to find out how.