Who is Devin Cordell? 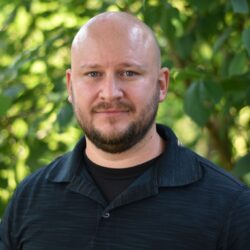 Although I was born a military brat in South Carolina, I grew up in the areas along Highway 78 between Forestdale and Sumiton. We moved around a lot and I’ve had the opportunity to live in Corner, West Jefferson, Forestdale, Quinton, Sumiton, Empire, and Graysville. I went to West Jefferson, T.S. Boyd, and graduated from Dora High School. I had the honor to serve in the United States Marine Corps for nine years where I deployed to Al Anbar province in support of Operation Iraqi Freedom, among other experiences. After my active duty service, I continued serving my country for six years splitting my time between being a defense contractor and a federal employee, helping secure military networks and systems against foreign adversaries. I’ve been fortunate enough to move back HOME, and work in Birmingham and Hoover.

I grew up like a lot of people in this district. Blue-collar, working hard to make ends meet. I got started early, helping the family with construction jobs, picking aluminum cans off the roadside, and cutting grass to help pay the bills. I did 12-hour days at the Alabama Farmer’s Market, 7 days a week in the summers in high school, “chucking” watermelons and cantaloupe, sorting tomatoes, and helping out wherever else I could to make the change add up. I finished off relatively easy during my senior year, washing dishes out of Uncle Mon’s restaurant in Graysville.

Four days after graduation, and the day I turned 18, I was standing on the yellow footprints at Marine Corps Recruit Depot Parris Island, SC. After my initial training in schools, I was stationed in Beaufort, SC, where my experiences growing up served me well. I was promoted meritoriously (ahead of peers) to Corporal (E4) and Sergeant (E5), got to fly in an F-18, traveled across the country, and deployed to a combat zone. All before I turned 21.

My next duty station was Quantico, VA. The work, operating a securing Marine Corps networks and systems, was much less exciting on the surface but exposed me to things very few have the opportunity to see. After my active duty service, I continued the work of securing networks and systems for the Marine Corps and Defense Counterintelligence and Security Agency as a defense contractor and federal employee.

Today, I ask for the opportunity to continue to serve you in a different way, representing you as Jefferson County Commissioner.

Devin Cordell from Birmingham, AL has participated in elections listed below in the state of Alabama.

The below links are relevant to Devin Cordell from Birmingham, AL and are articles or opinion pieces published on Bama Politics. Are you Devin Cordell? Do you have an opinion on Devin Cordell? Publish an article in our opinion section and your article will appear here. A great way for our visitors to find your content and learn more about your views. Use this contact form to find out how.