Who is Donna J. Beaulieu? 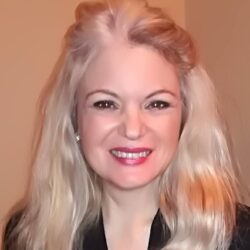 Donna graduated from Cumberland School of Law at Samford University, Birmingham, Alabama, with a Juris Doctor Degree in May of 1997. She was awarded the honor of Best Brief in the Legal Research & Writing Program and was on the Dean's List.

As a practicing attorney in Alabama’s state and federal courts for over 24 years, Donna has handled a wide variety of cases and legal issues, and she has handled jury and non-jury trials as well as complex state and federal litigation. Her many years as an Appellate attorney, which has included extensive brief writing and petitions for extraordinary writs, as well as oral argument, has allowed her to develop a keen sense of how to read and interpret the law to ascertain its plain meaning, discern legislative intent, and to allow her to craft arguments against or in favor of a law’s constitutionality.

Donna has represented plaintiffs and defendants and has represented clients in civil and criminal cases. She has handled bench and jury trials and complex litigation. Her extensive experience includes, but is not limited to, domestic relations/divorce and family law cases, personal injury and property tort cases, estate, adoption, and other probate cases, employment law, consumer/commercial and contract law cases, administrative law cases (including disability and immigration issues and hearings); she has represented individuals and companies in bankruptcy cases and adversary proceeding litigation; asset purchase agreements, she has mediation experience and has dealt with arbitration issues; and she has litigated cases as a staunch defender of the United States Constitution and the Constitution of the State of Alabama.

Donna has been married to her husband, Henri, who is a licensed home builder and licensed electrical contractor, for over thirty (30) years, and they have a grown son, Hal, who is a Nurse Anesthetist at Shelby Baptist Medical Center. Hal is married and he and his wife, Natalie, are brand new parents (Donna is a proud new Grandma). Donna and Henri miss their Uncle and Pastor, Sheril Hilyer, of Good News Church.

Donna J. Beaulieu from Saginaw, AL has participated in elections listed below in the state of Alabama.

The below links are relevant to Donna J. Beaulieu from Saginaw, AL and are articles or opinion pieces published on Bama Politics. Are you Donna J. Beaulieu? Do you have an opinion on Donna J. Beaulieu? Publish an article in our opinion section and your article will appear here. A great way for our visitors to find your content and learn more about your views. Use this contact form to find out how.