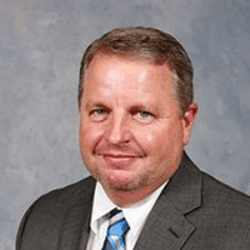 Douglas Harwell represents District 1 in the Mobile County Board of School Commissioners, which includes north and west Mobile County, including Citronelle and Semmes. He was elected to the school board in 2012.

Harwell, of Semmes, owns Harwell & Co., a contracting firm specializing in asphalt and concrete work, such as street repairs. He is a 1983 graduate of Mary G. Montgomery High School and earned a bachelor’s degree in business administration from the University of Mobile in 2000. He and his wife, Sandy, have been married 24 years. The couple has three sons.

Harwell said during his tenure on the school board he would like to see more transparency relative to board matters, including the budget process and the board.s standard operating procedures.

Increasing the graduation rate and supporting the 12 Signature Academies are also high on his list of priorities. “I think these are positive for our students because they give them more opportunities,” Harwell said. While he is supportive of the academies, he said he also wants to encourage students to continue attending schools in their respective neighborhoods, areas where students and school officials live together, go to church together, go shopping together. Such connections, he said, promote stronger communities.

In addition, Harwell said he looks forward to the completion of the building projects that are underway at various schools throughout the system, reducing the system’s debt so more buildings can be constructed and enabling the system to meet other critical needs. Harwell’s district includes the feeder patterns of Mary G. Montgomery and Citronelle high schools.