Who is Edward A. Merrell? 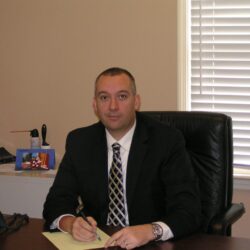 Merrell, a local attorney, says he is excited and qualified to seek the judgeship. He is a volunteer attorney with Safe House of Shelby County and the Birmingham Volunteer Lawyers Program. His firm also won the Small Firm of the year for Volunteer Hours in 2016. “My interest in the law dates back to High School where I first became a mediator,” Merrell said. “I am excited about the opportunity to continue to serve the People of Shelby County. I will bring real-world experience and compassion to the bench, which I have learned while fighting for and serving Shelby County’s families and businesses as a long-standing practicing attorney.”

Merrell is the managing member of the Merrell Law Firm, LLC located off Valleydale Road in Hoover at I-65. Merrell focuses his practice on three primary areas of the law: Civil Litigation, Criminal Defense and Appellate work. The civil litigation includes the litigation phases of Divorce and Family Law, as well as Breach of Contract and Homeowner Insurance claims. Merrell has been successful in defending clients against lawsuits worth millions of dollars and has recovered over 5 million dollars for his clients. Divorce matters have ranged from protecting small assets to millions of dollars in addition to protecting parental rights and child custody. The firm also represents dozens of businesses, defending them against liability. Merrell has been successful in both the Court of Civil Appeals and the Alabama Supreme Court receiving multiple reversals and opinions.

Merrell, a Republican, has been a member of the Alabama Bar’s Task Force on Law School & Legal Education and the Birmingham Bar Association’s Community Education Committee and also the Crisis Relief Committee. He is a former police officer. Merrell has been named Super Lawyer by Thompson Reuters for the last four consecutive years in the area of Family law and in Birmingham Magazine 2018 Top Attorneys. He is peer-rated with Martindale Hubbell. Merrell is also a regular contributor on ABC330/40 and CBS news-related stories and has done numerous guest speaking at schools and other events.

Merrell has a Bachelor’s Degree from the University of Alabama and a law degree from the Birmingham School of Law where he was on the Honor Society and served as the Prosecutor for academic infractions. He and his wife, Kristen, have one daughter, Sophie, who formerly attended Kingwood Christian School and now the City of Alabaster Schools. Merrell has lived in Alabaster for over 16 years. His wife is a Medical Social Worker.

Edward A. Merrell from Hoover, AL has participated in elections listed below in the state of Alabama.

The below links are relevant to Edward A. Merrell from Hoover, AL and are articles or opinion pieces published on Bama Politics. Are you Edward A. Merrell? Do you have an opinion on Edward A. Merrell? Publish an article in our opinion section and your article will appear here. A great way for our visitors to find your content and learn more about your views. Use this contact form to find out how.