Who is Elijah T. Beaver? 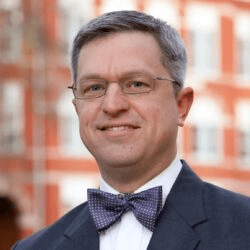 A native of Alabama, Elijah moved with his wife Erin to Lee County just after graduating law school so that Elijah could work for Circuit Judge Jacob A. Walker. What was originally supposed to be a yearlong résumé-building opportunity turned into a two-year clerkship with the Lee County Circuit Court. During that time, Elijah worked on every type of case in the Circuit Court, from capital murders to speeding tickets to medical malpractice and car wreck cases. Having previously worked in the court system of Mobile County, Elijah decided during those two years that working in the courts was where his heart lay.

Elijah then worked for five years at Akridge & Balch in Auburn, a firm that handles a variety of civil cases, including landlord/tenant actions, construction law, real estate, employment, intellectual property, and a variety of issues for small and mid-sized businesses. Elijah handled a wide array of cases, most of which were litigated in Circuit Court in Lee and surrounding counties. In addition, he handled felony criminal cases in the Lee County Circuit Court.

In 2010, Elijah joined the Army National Guard as a Judge Advocate. He has spent the majority of his military career as a prosecutor, both in the Guard and while on Active Duty. He first deployed in 2015 as a Captain with the 1200th Combat Sustainment Support Battalion to Sinai, Egypt. On his second deployment in 2017, he served as the Senior Trial Counsel for 1st Theater Sustainment Command, essentially working as the chief assistant prosecutor in the Middle East. 1st TSC handled the prosecution for cases out of Afghanistan, Iraq, Syria, and anywhere else Army Central Command soldiers were located. In addition to the two deployments, Elijah has prosecuted cases for III Corps at Ft. Hood and has worked full-time at Alabama National Guard Headquarters in Montgomery. He has prosecuted serious felony cases including assaults, major sex crimes, and larcenies, as well as minor disciplinary infractions. He has also provided operational law advice to commanders in hostile environments around the globe.

Elijah is currently a Major, just completed a tour as the Command Judge Advocate for 20th Special Forces Group (Airborne), and now drills one weekend a month in Birmingham with the Army Command and General Staff College. Elijah’s military experience is valuable as Lee County courts frequently have cases involving veterans and military personnel from regional military installations including Maxwell Air Force Base and Fort Benning.

In 2016, upon return from his first deployment, Elijah opened his own law firm in Auburn and began serving clients in Lee County and surrounding areas. Since then, he has worked almost exclusively in Circuit Court, primarily as a felony defense counsel on contract with the Lee County Circuit. In 2019, he moved his office to Opelika, where he has remained since. He has tried some of the biggest, most complex jury trials in Lee County, including murders, assaults, and sex crimes. Elijah has also kept his hand in civil cases in Circuit Court, recently working on Servicemember Civil Relief Act cases, divorce and child custody issues, and estate cases. He is intimately familiar with the processes, procedures, and personnel at the Lee County Justice Center, and appears before the judges of the Circuit Court nearly every day.

Elijah has an unmatched work ethic. As an attorney, he believes in doing the best job for every client so that the quality of his work is never questioned or cause for appeal. His work and his reputation is respected by Lee County attorneys, court personnel, and law enforcement officers. He has spent the majority of his civilian career representing clients in civil and criminal cases in both District and Circuit Courts. With Judge Walker retiring, Elijah is asking for your support to be the next Circuit Court judge. He believes that we need good judges to make our legal system work well. His extensive knowledge and experience in both criminal and civil law and in Lee County Circuit Court make him the best candidate for this position.

Elijah is not a politician. He is a God-fearing man, a supportive husband, and an involved father. He is a soccer coach and a scout leader, someone who still lists Eagle Scout on his résumé and volunteers with the Coast Guard Auxiliary. He is a thoughtful, rational thinker by nature who enjoys following professional soccer and reading military history.

Opelika is home for Elijah and his family. His wife, Erin, has taught English and math at Opelika Middle School for 13 years, and the Beavers have been members of First Presbyterian Church of Opelika since 2008. This community is one that has nurtured their careers, their marriage of nearly two decades, and their four grown children. The Beavers would not be who they are or where they are if it weren’t for our community. They welcome your support and humbly ask for your vote.

Elijah T. Beaver from Opelika, AL has participated in elections listed below in the state of Alabama.

The below links are relevant to Elijah T. Beaver from Opelika, AL and are articles or opinion pieces published on Bama Politics. Are you Elijah T. Beaver? Do you have an opinion on Elijah T. Beaver? Publish an article in our opinion section and your article will appear here. A great way for our visitors to find your content and learn more about your views. Use this contact form to find out how.