Who is Eugene Goolsby? 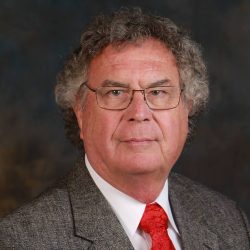 Eugene Goolsby was elected to his first term on the Enterprise City Council in August 2016 to represent District 2. He was re-elected in August 2020.

Councilman Goolsby is a 1965 graduate of Dothan High School and a 1969 graduate of Troy State University with a Bachelors of Science degree in education. He recently retired from Goolsby Brothers Plumbing and Electrical, Inc, after 37 years as a small business owner.

He and his wife, Charlene, have been married for almost 50 years and have two sons and six grandchildren.

By example through the years, Councilman Goolsby has demonstrated his belief in the value of public service. He supports the business community through membership in the Enterprise Chamber of Commerce, the Downtown Business Association, the Wiregrass Economic Development Corp, and the Business Council of Alabama.

His community service activities include active membership of the St. Luke United Methodist Church and the Westside Neighborhood Association; the Enterprise Lions Club, serving as president in 1999; a member of the Enterprise Health and Rehabilitation Board of Directors; a Relay for Life volunteer for 24 years; and a Habitat for Humanity volunteer/sponsor for 16 years.

"Public service is about being sensitive and responsive to the needs of the people," he says, adding that a priority of his role as a council member is "to fulfill the duties of the office to the best of my ability, and at all times, do what I believe is fair and just for all."

Eugene Goolsby from Enterprise, AL has participated in elections listed below in the state of Alabama.

The below links are relevant to Eugene Goolsby from Enterprise, AL and are articles or opinion pieces published on Bama Politics. Are you Eugene Goolsby? Do you have an opinion on Eugene Goolsby? Publish an article in our opinion section and your article will appear here. A great way for our visitors to find your content and learn more about your views. Use this contact form to find out how.