Who is Frank V. Brocato? 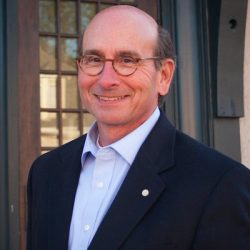 Mayor Frank Vincent Brocato has a long history of service with the City of Hoover. Mayor Brocato began his career with Hoover Fire Department in 1973. During that time he became the first paramedic for Hoover. After 42 years of service, Mayor Brocato retired in 2015 as the Chief of Operations and Fire Marshal.

He received his Paramedic License from UAB in 1974, his A.A.S. in Fire Science in 1979 from Jefferson State, and a Bachelor’s Degree in Psychology and Sociology in 1982 from Birmingham Southern College.

In 2003, the Commission on Fire Accreditation presented the Chief Fire Officer Designation to him. In 2008, he was one of seventeen in the country to be awarded the Chief Medical Officer Designation. It was in 2008, that he was also named Commander of the State of Alabama Incident Management Team. He was a member for the past 15 years of the BREMSS Medical Direction Committee and served as the only paramedic working with physicians and nurses on groundbreaking care for cardiac patients in our region. Additionally, he served as an adjunct instructor with the Alabama Fire College teaching leadership and supervision to young men and women who aspire to move up in their respective organizations.

Mayor Brocato was sworn in as the 10th mayor of Hoover on November 7, 2016. He recognizes the importance of a strong public safety system, an exceptional school system, and the need for planning the City of Hoover’s growth. Mayor Brocato embraces the diversity of Hoover and believes we are a stronger community functioning as one.

As we look to the future Mayor Brocato will concentrate on recruiting high quality businesses with a focus on the STEM (Science, Technology, Engineering, and Mathematics) industry.

He and his wife Frances have been married for 45 years. They have 3 children and 9 grandchildren.

Frank V. Brocato from Hoover, AL has participated in elections listed below in the state of Alabama.

The below links are relevant to Frank V. Brocato from Hoover, AL and are articles or opinion pieces published on Bama Politics. Are you Frank V. Brocato? Do you have an opinion on Frank V. Brocato? Publish an article in our opinion section and your article will appear here. A great way for our visitors to find your content and learn more about your views. Use this contact form to find out how.