Who is Fred Joly? 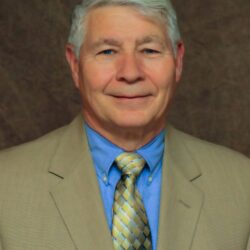 Joly is a native of Colbert County. He currently lives in Muscle Shoals. Joly joined the Air Force in 1969 and retired as a major in 1994 with more than 20 years of service. After leaving the service, Joly has worked as an industrial hygienist/safety officer, a testing agent and ADEM compliance officer for a Geological Testing company, and as a groundskeeper and master gardener at Ivy Green, the birthplace of Helen Keller.

Joly earned a bachelor’s degree in Management from the University of North Alabama and a master’s degree in Human Resources from Houston Baptist University. Joly participates in several civic organizations. He is a member of the American Legion Post 31, where he and others on the Color Guard provide Honor Funerals for Veterans.

Fred Joly from Muscle Shoals, AL has participated in elections listed below in the state of Alabama.

The below links are relevant to Fred Joly from Muscle Shoals, AL and are articles or opinion pieces published on Bama Politics. Are you Fred Joly? Do you have an opinion on Fred Joly? Publish an article in our opinion section and your article will appear here. A great way for our visitors to find your content and learn more about your views. Use this contact form to find out how.