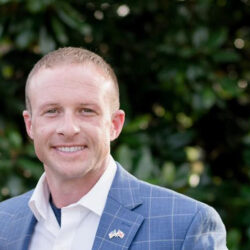 I was born and raised in Madison County, and I have lived here all of my life. I graduated from Sparkman High School and have seen firsthand what teachers and administrators need to succeed. Madison County children deserve the best education possible. I will work with local and state leaders to make sure our teachers have the tools they need in the classroom. If there is one thing the pandemic taught us, it is that access to 21st-century technology is not an option. It is a must. Our children must have the best possible access to internet connectivity. Our community must support the restoration of discipline and safety in the classroom. I’m positive my passion for this community’s future, along with my work ethic and plans to give our children the best education possible, will allow the people in my district to confidently select me as the next member of the Madison County School Board of Education.

Heath is no stranger to serving his community. He has served as a Firefighter/NREMT for the City of Huntsville’s Fire & Rescue (HFR) Division since January 2016 and recently was promoted to the rank of Driver-Engineer. Within HFR, Heath has served on a Special Operations - HAZMAT crew, on the Heavy Rescue team, and on a committee focused on preventing avoidable exposure to carcinogens while on the job. Additionally, he has served the Toney Volunteer Fire Department for the last 15 years.

There, Heath rose within the ranks from Firefighter, to Lieutenant, and to District Chief before being elected as the department’s President in 2015. With Heath’s assistance, the Toney Volunteer Fire Department has been awarded several federal, state, and local grants to support its efforts to better protect the surrounding community. Notably, the Assistance to Firefighters Grant through the Federal Emergency Management Agency (FEMA) was awarded in August 2021. This $52,200 will provide eighteen sets of structural firefighting turnout gear for the Toney firefighters. Heath’s passion has always been to serve his community and provide aid to those in need. This is just an example of the numerous ways Heath has impacted not only the Toney Community but the entire Madison County Community.

Heath and his wife Amelia, a Nurse Practitioner at Huntsville Hospital Spine and Neuro Center, will celebrate their 4th anniversary this year. Family-oriented, the couple lives in the same community Heath grew up in. Heath’s parents, Jackie and Iris Jones are Madison County residents - his father has lived in Toney his entire life, while his mother was raised on the other side of Madison County, in Brownsboro. His identical twin brother, Garrett Jones, a sub-foreman at Huntsville Utilities, and his three older siblings, Michael, Christopher, and Michelle all attended local schools in Madison County.

Heath has received several Life-Saving Award Citations from the Toney Volunteer Fire Department in 2015, 2016, and 2020. He also received a Birth in the Field Award Citation in 2016.

Heath Jones from Huntsville, AL has participated in elections listed below in the state of Alabama.

The below links are relevant to Heath Jones from Huntsville, AL and are articles or opinion pieces published on Bama Politics. Are you Heath Jones? Do you have an opinion on Heath Jones? Publish an article in our opinion section and your article will appear here. A great way for our visitors to find your content and learn more about your views. Use this contact form to find out how.