Who is Jackie Wesson? 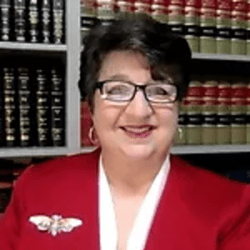 Jackie Wesson is presently serving her third term as City Councillor, District 2, Place 2, and also serves as Mayor Pro Tem, having been elected initially in 2012. In addition, Jackie is the Fire Department Committee Chairperson and serves as a member of the Police Department Committee and the Health, Human Resources, and Sanitation Committee.

Jackie is an attorney and practices law with her husband, attorney Jon Wesson, at their office in Warrior. In addition, Jackie is a law professor and has taught at the Birmingham School of Law since 2005. Before entering the law practice, Jackie worked as a Registered Nurse, primarily in the cardiac unit at Princeton Hospital and the Emergency Room at Callahan Eye Foundation.

Jon and Jackie have been married for over thirty years, having wed at her parents' home, Bill and Rena Hudson (now deceased). Jon and Jackie bought the Warrior home Jackie was raised in, a home built by her father. They raised their two children, now adults, in the same house where Jackie grew up.

Jon and Jackie enjoy canoeing and walking in the woods. They have several rescue animals and serve as fosters for cats and dogs for local rescues. Jackie's favorite hobby is beekeeping.

The below links are relevant to Jackie Wesson from Warrior, AL and are articles or opinion pieces published on Bama Politics. Are you Jackie Wesson? Do you have an opinion on Jackie Wesson? Publish an article in our opinion section and your article will appear here. A great way for our visitors to find your content and learn more about your views. Use this contact form to find out how.