Who is James L. Joy? 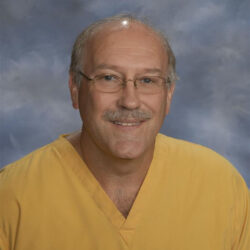 Dr. James Joy was born and raised in the small farm town of Humeston, located in south-central Iowa. As the son of farming parents, James did all the things most farm kids would do, helping out around the farm, like growing corn and soybeans, baling hay as well as raising cattle and sheep.

James and his wife, Carolyn, came to Hartselle in 1989 when he joined the g's dental practice of Dr. Roland King. The following year James took over the practice and has practiced dentistry in the same location ever since. Dr. Joy and Carolyn, who is currently Kroger pharmacist in Decatur, have two children, Ryan and Rebecca, who are in college and recently welcomed their daughter-in-law Hannah to the family when she and Ryan married.

James L. Joy from Hartselle, AL has participated in elections listed below in the state of Alabama.

The below links are relevant to James L. Joy from Hartselle, AL and are articles or opinion pieces published on Bama Politics. Are you James L. Joy? Do you have an opinion on James L. Joy? Publish an article in our opinion section and your article will appear here. A great way for our visitors to find your content and learn more about your views. Use this contact form to find out how.

The below images and screenshots are relevant to James L. Joy from Hartselle, AL and were found via our own research or sent to us from readers like you.