Who is James Perkins? 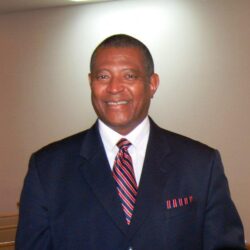 James Perkins, Jr. served as Mayor of Selma, Alabama, for eight years. First elected mayor in November 2000; re-elected in 2004 and again in 2020. He is pastor at Ebenezer Baptist Church, Selma, Alabama. He was licensed to preach on January 31, 2010; ordained in the work of Gospel ministry, December 16, 2012; and received Pastor’s Alternative for Teacher Certification through the Alabama Baptist Congress of Christian Education, July 14, 2014. He is an entrepreneur who started a business with $50 and grew that business to over $1 million in annual sales.

Completed numerous graduate courses in the Master of Business Administration program at Auburn University at Montgomery. As an activist, Perkins championed the causes of voting rights in the 1960s, desegregation in the 1970s, technology education disparity in the 1990s, illegal gun control, education quality and disparity, environmental injustice, and voter participation in the 2000s.

James Perkins from Selma, AL has participated in elections listed below in the state of Alabama.

The below links are relevant to James Perkins from Selma, AL and are articles or opinion pieces published on Bama Politics. Are you James Perkins? Do you have an opinion on James Perkins? Publish an article in our opinion section and your article will appear here. A great way for our visitors to find your content and learn more about your views. Use this contact form to find out how.