Who is JaNay Dawson? 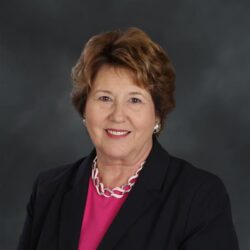 JaNay Cobb Dawson, a native of Foley, is a veteran educator and community leader. JaNay graduated from Foley High School in 1967; In 1972 she received her Bachelor of Arts/BA from Livingston University (now the University of West Alabama). She earned her Master’s Degree at Troy University in 1982 and did post graduate and advanced studies in educational leadership at Alabama State University and Montevallo.

JaNay has been very involved in the community over the years including the South Baldwin Chamber Theater (1980 to 1997), acting and singing in plays, and her troop was invited to perform at the International Theater in Denmark in 1991 where they performed a musical history of America centering on Immigrants at the turn of the century. She is an active member of Foley United Methodist Church where she is a soloist and sings in the choir, teaches Sunday School, serves as Church Council Chair and teaches in the Christian Life Club, focusing on children ages 4 through 6th grade.

JaNay writes and prepares skits and shows for the Foley Theater Company from Foley High School centering on historical events in the development of the city. She is a member of the Chamber Foundation Advisory Council, has served as the educational representative on the South Baldwin Chamber of Commerce in the 1990’s and in 2007. Her awards include: Principal of the Year for District VIII 2003 and finalist in Dillard’s Career Woman of the Year. She was presented the Truman Pierce Award by the Alabama Association of Elementary School Administrators District VIII and was selected as the 2016 Educator of the Year by Alabama Beta Upsilon.

She also enjoys reading, golfing, traveling and spending time with her family.

JaNay Dawson from Foley, AL has participated in elections listed below in the state of Alabama.

The below links are relevant to JaNay Dawson from Foley, AL and are articles or opinion pieces published on Bama Politics. Are you JaNay Dawson? Do you have an opinion on JaNay Dawson? Publish an article in our opinion section and your article will appear here. A great way for our visitors to find your content and learn more about your views. Use this contact form to find out how.