Who is Jared Hudson? 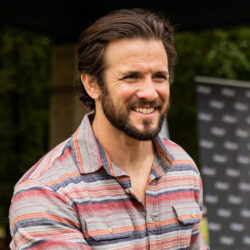 Jared serves as the CEO of his business, The Shooting Institute, which he founded. Through The Shooting Institute, Jared has personally trained local law enforcement, military personnel, and civilians in self-defense. With a Master of Business Administration degree from Liberty University, Jared has almost a decade of experience running every aspect of an organization, from leading employees, to managing administrative and financial duties, to working directly with the general public.

Since 2013, Jared has also served as a Law Enforcement Officer, acting as a Deputy for the Shelby County Sheriff’s Office, serving as a Reserve Deputy for the Jefferson County Sheriff’s Office, supporting special operations units and working as an Investigator for the Johnson County Prosecutor’s Office. Jared is an Alabama Peace Officer Standard Training Commission (APOSTC) certified Law Enforcement Agent and a certified National Wildlife Control Operator Administration Level 1, 2, and 3 Sharpshooter, in addition to holding other advanced law enforcement certifications.

As a U.S. Navy SEAL, Jared served as a SEAL Operator with Naval Special Warfare. Jared was deployed multiple times to a variety of combat zones in support of Operation Iraqi Freedom, Operation Enduring Freedom, Operation Foal Eagle, and other critical missions. He has been recognized with many awards for his service, including multiple Navy, Marine Corps, and Army Commendation Medals for Valor and multiple Navy, Marine Corps, and Army Achievement Medals.

With local experience in law enforcement, administrative and organizational skills as a businessman, and a global perspective on leadership gained from his military service, Jared is called to run for the Sheriff office in Jefferson County.

Jared Hudson from Fultondale, AL has participated in elections listed below in the state of Alabama.

The below links are relevant to Jared Hudson from Fultondale, AL and are articles or opinion pieces published on Bama Politics. Are you Jared Hudson? Do you have an opinion on Jared Hudson? Publish an article in our opinion section and your article will appear here. A great way for our visitors to find your content and learn more about your views. Use this contact form to find out how.