Who is Jason A. Reeves? 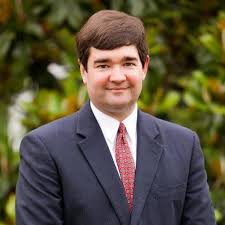 Mayor Reeves has served as Mayor of Troy since November 2012. Jason served in his city council seat representing District 3 for 16 years before becoming Mayor. First elected in 1996 at the age of 24, Reeves is the youngest elected official in Troy’s history.

Under Jason’s direction, the City of Troy has seen some of the largest growth in the City’s history. With the recent announcement of the relocation of Kimber Fire Arms and Conecuh Ridge Distillery, the Publix Supermarket development, the largest infrastructure road project to date, and downtown revitalization projects, Mayor Reeves is quickly pushing Troy to the forefront of the economic development scene. Under his leadership, industries such as Lockheed Martin, CGI, and Golden Boy Foods have expanded their operations, creating hundreds of new jobs for Troy and Pike County.

In addition to his service as an elected official, Jason serves on the Alabama League of Municipalities Executive Committee. He is the current chairman of the Southeast Alabama Gas District Board of Directors and is a member of the Troy Hospital Health Care Authority, the Troy University Athletic Advisory Committee, and the Troy University Sports Hall of Fame Board of Advisors.

He has been a member of the Troy Seniors Foundations since its inception and is a past President. He was instrumental in the foundation and formation of the Colley Senior Center through the Troy Seniors Foundation and the expansion and relocation of the Troy Nutrition Program. He also served on the local American Cancer Society Board and is a former Chairman of Pike County Relay for Life. Jason is a member of Rotary and First United Methodist Church.

A graduate of Troy University, where he served as SGA President, Jason has diverse experience leading with integrity through many years of community service, athletics and church involvement.

Growing up the son of a police officer and schoolteacher, public safety and education are close to his heart and a top priority, in addition to local health care, housing, quality jobs, historic preservation and community revitalization.

Jason believes the key to a progressive future is a united community where each citizen has a voice and a role in making Troy the progressive city that allows our families to live, work and play successfully.

Mayor Jason A. Reeves and his wife Elly Colquett Reeves have four children, Will, Drew, Ben and Kate. Jason is the son of Vickie and Grady Reeves and the grandson of the late Sally and Homer Reeves of Troy.

Known contact information for Jason A. Reeves from Troy, AL.

Jason A. Reeves from Troy, AL has participated in elections listed below in the state of Alabama.

The below links are relevant to Jason A. Reeves from Troy, AL and are articles or opinion pieces published on Bama Politics. Are you Jason A. Reeves? Do you have an opinion on Jason A. Reeves? Publish an article in our opinion section and your article will appear here. A great way for our visitors to find your content and learn more about your views. Use this contact form to find out how.