Who is Jay Jenkins? 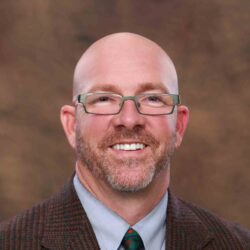 Councilman Jay Jenkins was born in Columbus, Georgia, in 1965. His family moved to Anniston when he was two years old. Mr. Jenkins attended both Tenth Street Elementary and the Episcopal Day School and graduated from the Donoho School in 1983. After graduating from Auburn University with a bachelor’s degree in architecture, he moved to Denver, Colorado, where he engaged in the practice of architecture with the firms of Slater-Paul & Associates and Pierce, Segerberg and Spaeh architects.

While Mr. Jenkins thoroughly enjoyed his tenure in Colorado in 1992, he felt the pull of family and returned home to join his father in practice. Almost immediately, he became active in the community, participating in Leadership Calhoun County and joining the board of Habitat for Humanity of Calhoun County and the Anniston City Planning Commission. Professionally, he passed the licensure exam for architects in 1997 and was soon thereafter named president of the Northeast Alabama Chapter of the American Institute of Architects (AIA). After two tenures in this position, Mr. Jenkins was elected to serve as secretary of the Alabama Chapter of the AIA, ascending through every executive position to become state president in 2006. As past president, he was selected to serve as legislative chair, advocating issues of architectural concern to state leaders. He was also appointed as the first chair for Alabama in the State Government Network, where he was privileged to carry his advocacy efforts to a national level. In 2005, Mr. Jenkins was named as a partner in his architectural firm. In 2009, he was selected by former Gov. Bob Riley to serve as the architect representative to the State of Alabama Elevator Safety Review Board and has since been reappointed by Gov. Robert Bentley.

Despite his frequent trips to both Montgomery and Washington, Mr. Jenkins has never lost sight of what is truly important, that being his family and his community. Mr. Jenkins was lucky enough to have Kim Bennett say yes to marriage in 1994, and they were blessed with a daughter, Sonny, in 1998 and a son, Sterling, in 2001.

Mr. Jenkins was elected an Elder in First Presbyterian Church and continues to serve on the boards of the Greater Alabama Council Boy Scouts of America and the Alabama Architectural Foundation. He is a proud supporter of the National Trust for Historic Preservation and serves as the architectural advisor to the Anniston Historic Preservation Commission. His tenure of service on the Anniston Planning Commission exceeds twenty years. He coached soccer in Anniston Parks and Recreation through sixteen seasons and now serves as the head girls coach at The Donoho School.

After being appointed to fulfill the unexpired term of Councilman John Spain in 2011, Mr. Jenkins was elected to a full term in August 2012. He takes great pride in his city and endeavors to be accessible to all citizens. His focus remains on fostering revitalization of historic downtown, retail/industrial development at McClellan, promotion of tourism, specifically towards our cycling strengths and generating meaningful change within our public education system.

Jay Jenkins from Anniston, AL has participated in elections listed below in the state of Alabama.

The below links are relevant to Jay Jenkins from Anniston, AL and are articles or opinion pieces published on Bama Politics. Are you Jay Jenkins? Do you have an opinion on Jay Jenkins? Publish an article in our opinion section and your article will appear here. A great way for our visitors to find your content and learn more about your views. Use this contact form to find out how.