Who is Jennifer Fidler? 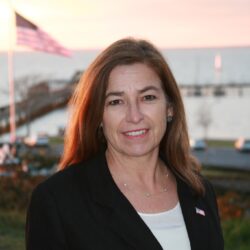 Jennifer Fidler was born on June 19, 1970, in Mobile, Alabama. She grew up on a farm selling produce at a local farmstand several years before she turned 16. At 16, she started delivering and selling produce to Pensacola markets for her family farm. She is a graduate of Robertsdale High School in Robertsdale, Alabama class of 1988.

She attended Faulkner State Junior College and continued to Auburn University where she obtained a degree in Ornamental Horticulture in 1992. Before graduating college and at age 22, she started working for the City of Eufaula as their first arborist and horticulturist. She began and built Eufaula’s first horticultural and arboriculture program. Fidler completed a master’s degree in education at Troy State in Phenix City in 2001. She was chosen to participate in the Rotary Club’s Group Study Exchange to Argentina in 1998. In 1999, She was chosen to participate in the Agricultural LEADERS program traveling nationally and internationally. She served on the Alabama Urban Forestry Association board, ultimately serving as President in 2001-2002.

In 2001, at 30 years old, Fidler moved back to Silverhill and began serving as Fairhope’s Public Works Director where she led the Streets, Construction, Landscaping, Horticulture, and Sanitation Services. During her tenure, she served on the board of the Alabama Public Works Association, ultimately serving as President. During this time, Jennifer completed a three-year Faith Bible Institute program, graduating in 2011. Jennifer served on the City of Fairhope Planning Commission from 2007 to 2017. In 2017, she worked for the Eastern Shore Metropolitan Planning Organization, in Baldwin County. With over 25 years of leadership in local government, Fidler retired in 2018 from public service.

In 2018, she started a design company, Fidler Consulting, to offer landscape expertise and support to small communities. In 2020, She started serving as an advisor with the national America in Bloom program.

Jennifer Fidler from Silverhill, AL has participated in elections listed below in the state of Alabama.

The below links are relevant to Jennifer Fidler from Silverhill, AL and are articles or opinion pieces published on Bama Politics. Are you Jennifer Fidler? Do you have an opinion on Jennifer Fidler? Publish an article in our opinion section and your article will appear here. A great way for our visitors to find your content and learn more about your views. Use this contact form to find out how.