Who is Jesse Matthews? 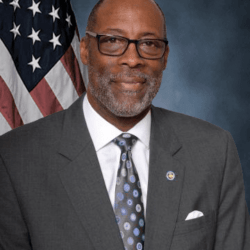 Jesse Matthews has served on the Bessemer City Council for 23 years. A journey that started as the youngest of six children. Having to learn how to share space and strategize solutions to help move family relationships and plans forward.

With backgrounds in both occupational therapy and electrical repair from Lawson State Community College, he dedicated 37 years of his adult life to working for Alabama Power Company. As a utility specialist, in street light maintenance, as an explosive handler, meter reader and field service representative.

During his life’s journey, Matthews married his wife, Jessica Kelly, in 1986. They have two sons, Jaylan and Jesse Jr. And the Matthews are now grandparents to grandson Jayce.

In service leadership, two people influenced Matthews’ decision to devote time to community initiative: his grandfather, William Henry Matthews, and close friend, Israel Williams, former President of the Pipe Shop Community. Both were examples of community change agents. Strong reasons Matthews became president of the Pipe Shop Community from 1985 to 1998. To address infrastructure issues and reimagine how the community could sustain for future generations.

He extended his civic contributions in his local community by becoming District 6 City Councilman and continues to serve in this role today. With the same mission: To ensure his community can overcome generational disparities and advance into a modern home that puts citizen’s priorities for community growth first.

For Matthews, Bessemer has the potential to become more than the “Marvel City. It can become “Marvelous.” In addition to this position, Matthews also serves on several local, state and national boards to represent and share the challenges and opportunities that Bessemer have to offer America. In 2018, Jesse was elected as president of The Alabama League of Municipalities. He has also served on boards and councils with the National League of Cities, which includes representatives from around the United States.

Jesse Matthews from Bessemer, AL has participated in elections listed below in the state of Alabama.

The below links are relevant to Jesse Matthews from Bessemer, AL and are articles or opinion pieces published on Bama Politics. Are you Jesse Matthews? Do you have an opinion on Jesse Matthews? Publish an article in our opinion section and your article will appear here. A great way for our visitors to find your content and learn more about your views. Use this contact form to find out how.