Who is Jody Brasher Tallie? 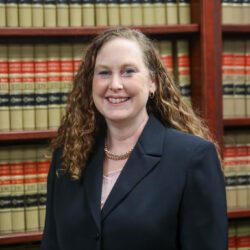 Jody Tallie is a Shelby County resident with deep roots. She grew up in Shelby County and has raised her family here. Mother to three sons, ages 17, 15 and 5, and wife of a Calera Fire Department Captain for almost 25 years, Jody has watched her children thrive in the very schools she attended in the Shelby County School System. She has volunteered with PTO at Elvin Hill Elementary and Columbiana Middle Schools, is a band booster to the Pride of Shelby County marching band, proud supporter of both the cross country and track and field teams at Shelby County High School, and the Chelsea High School mountain bike team. Jody has camped with Cub Scouts, helped create pinewood derby cars and rain gutter regattas, taught the law merit badge to Boy Scouts and assisted with several Eagle Scout projects with Troop 3560.

Working in both the Shelby County District Attorney and Public Defender offices, Jody has balanced family with her career. A graduate of the University of Alabama School of Law in 2000, she currently prosecutes crimes against children, domestic violence cases and other felony personal crimes. On behalf of the District Attorney’s Office, along with the Shelby County Juvenile Probation Office, Jody has helped develop an “anti-sexting” diversion program designed to educate vulnerable juveniles about the dangers of inappropriate texting and the potential ramifications. Jody has prosecuted and defended juveniles and adults in Shelby County for more than two decades.

Jody just finished her term as President of the Shelby County Bar Association, where she organized and served at the Wills for Heroes and Feeding Foster Families events. She serves on the Multidisciplinary Team, Children’s Policy Council, Big Brothers/Big Sisters Advisory Board, and the Stepping Up Task Force for Shelby County. Jody is a member of the Alabama District Attorney’s’ Association, served on the Alabama Bar Association’s Alabama Lawyers Care Task Force, and was a founding member of the Elder Abuse Task Force for Shelby County. As a member of the Tri-Cities Outreach Team with Compact 2020, Jody has helped organize parenting conferences and back to school events. She has taught child pornography prevention classes to middle and high school students, and spoken at the Shelby County Sheriff’s Citizens Academy on child abuse laws. Jody is an active supporter of Owens House Child Advocacy Center, participating in 5Ks, toy drives, contribution campaigns and other child abuse prevention events. She has also volunteered at several National Night Out events hosted by the law enforcement agencies of Shelby County.

Jody has been a member of the First Baptist Church of Columbiana since her early teens and currently serves as chairman of the personnel committee. As a choir member, she has participated in praise team and dinner theater. Wife of a deacon, she has taught middle school girls’ Acteens (missions) class at FBCC for more than 20 years. She has organized and/or served on several mission trips, sharing the love of Jesus around Shelby County, the Southeastern United States and across the sea, while teaching the younger generation to do the same. Jody and her husband co-teach a young adults Sunday school class and she has volunteered in the children’s ministry program for countless years. A member of the Children’s Ministry Team, she has helped with Vacation Bible School, Christmas, Easter and fall festivals, as well as taught children’s Bible study classes. Jody has a special place in her heart for Samaritan’s Purse Operation Christmas Child ministry and has packed countless shoeboxes and volunteered at both the local level and at the Atlanta packing center for a number of years. She also sponsors a child through Compassion International.

Jody is a member of the Columbiana Vignette Club, a GFWC Alabama Federation of Women’s Clubs organization, where she has served as parliamentarian and helped with fundraising and organizing the Miss Shelby County Pageant, allowing the club to provide scholarships to deserving young ladies and give back to non-profits across Shelby County and beyond. Jody is a yearly volunteer at the “Have a Heart for Arts” luncheon in support of the Shelby County Arts Council and the many programs offered there.

Public service is in Jody Tallie’s blood. She is the granddaughter of a WWII United States Army soldier who stormed Omaha Beach, daughter of a United States Navy sailor in the Vietnam era, and sister to a current United States Navy sailor and Eagle Scout. Jody’s mother taught in Alabama’s public school system until her retirement. She and her husband, Ryan, have worked as public servants their entire careers. They are raising their sons to serve God by serving others, starting with their continued participation, not only in church, but in Boy Scouts of America, where the eldest two are currently Life Scouts, and one is working on his Eagle Scout Project as the final step towards becoming an Eagle Scout.

Shelby County, Alabama, is home to Jody Tallie, and she would be honored to serve as District Court Judge.

Jody Brasher Tallie from Columbiana, AL has participated in elections listed below in the state of Alabama.

The below links are relevant to Jody Brasher Tallie from Columbiana, AL and are articles or opinion pieces published on Bama Politics. Are you Jody Brasher Tallie? Do you have an opinion on Jody Brasher Tallie? Publish an article in our opinion section and your article will appear here. A great way for our visitors to find your content and learn more about your views. Use this contact form to find out how.