Who is Joe Davis, III? 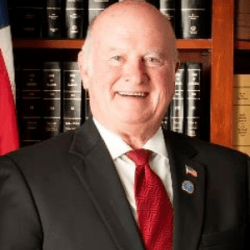 Commissioner Davis is a graduate of Thomasville High School and of The University of Alabama, wherein 1970, he earned his Bachelor of Science degree in Business Administration.

After working for The University of Alabama as Assistant Director of Development (1970-1975) and Director of Alumni Affairs (1975-1980), Commissioner Davis returned to Thomasville as Vice President of First Federal Savings & Loan (1980-1981). In 1981 he was named Business Manager for Hobson State Technical College (1981-1991). He was the Provost for Alabama Southern Community College (1991-1996) before obtaining his Brokerage License in 1996. From 1996 to 2006 when he retired, Commissioner Davis worked in the banking industry as a Retirement Plan Specialist (1996-2001) and as a Director of Brokerage & Investment Division for First United Security Bank (2001-2006).

A Republican, Commissioner Davis is currently serving his first term on the Baldwin County Commission

The below links are relevant to Joe Davis, III from Daphne, AL and are articles or opinion pieces published on Bama Politics. Are you Joe Davis, III? Do you have an opinion on Joe Davis, III? Publish an article in our opinion section and your article will appear here. A great way for our visitors to find your content and learn more about your views. Use this contact form to find out how.