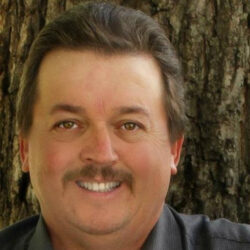 John served as head of the town council in Uriah, Alabama. He served in multiple fire departments across Alabama. He served as Fire Chief in Magnolia, Alabama, and was trained in Wild Fire prevention, Hazmat Containment, and Arson Investigation. John was educated in Grant Writing, to be able to tap into funds available for first responders. All of his training and experience dealing with people and government agencies, allows him to use his knowledge to serve in this capacity.

John's wife Phyllis has served for years as a nurse. She now serves in the Chambers County Alabama school district as a school nurse. They have six children and fifteen grandchildren. Three of their children honorably served in the US military. Their youngest son served in Iraq, and Afghanistan and is a disabled vet. John's family, as well as his church family, are in full support of his decision to run for Senate.

He is the Pastor at Northside Baptist Church in Opelika, Alabama. They know his strong convictions to serve will not be softened or tampered with in any form. So let us all come together to support our next Alabama State Senator John Allen Coker District 13.

John Allen Coker from Opelika, AL has participated in elections listed below in the state of Alabama.

The below links are relevant to John Allen Coker from Opelika, AL and are articles or opinion pieces published on Bama Politics. Are you John Allen Coker? Do you have an opinion on John Allen Coker? Publish an article in our opinion section and your article will appear here. A great way for our visitors to find your content and learn more about your views. Use this contact form to find out how.